When purchasing a new computer, many people don’t really think about the compatibility of what components are in the system in relation to their workload

Whether you’re playing video games and streaming to thousands of fans, designing the next big company’s brand new logo, or testing and retesting lines of code for your new app, there’s always a certain type of part that’ll improve your workload.

What Parts Are in a PC?

Every component in your computer has a job, and for the most part, the computer cannot function without every part. The only exception to this rule is if you have extra hard drives or SSDs past your boot drive. 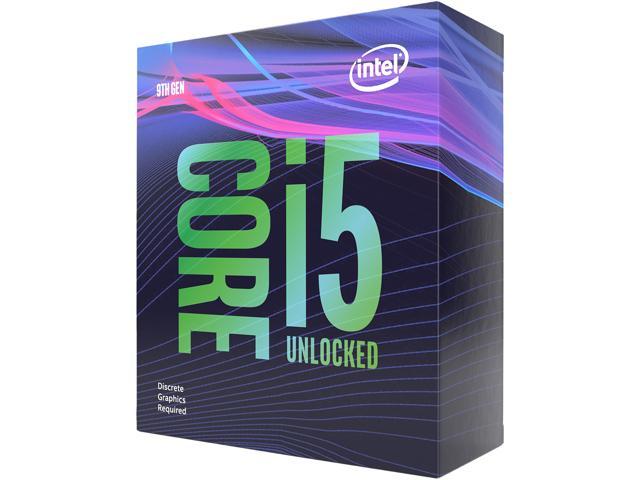 You can think of the CPU (or processor) sort of like the brain of your computer.

It handles compute tasks, processing instructions passed through by the motherboard distributing answers to tell all of the parts what to do. 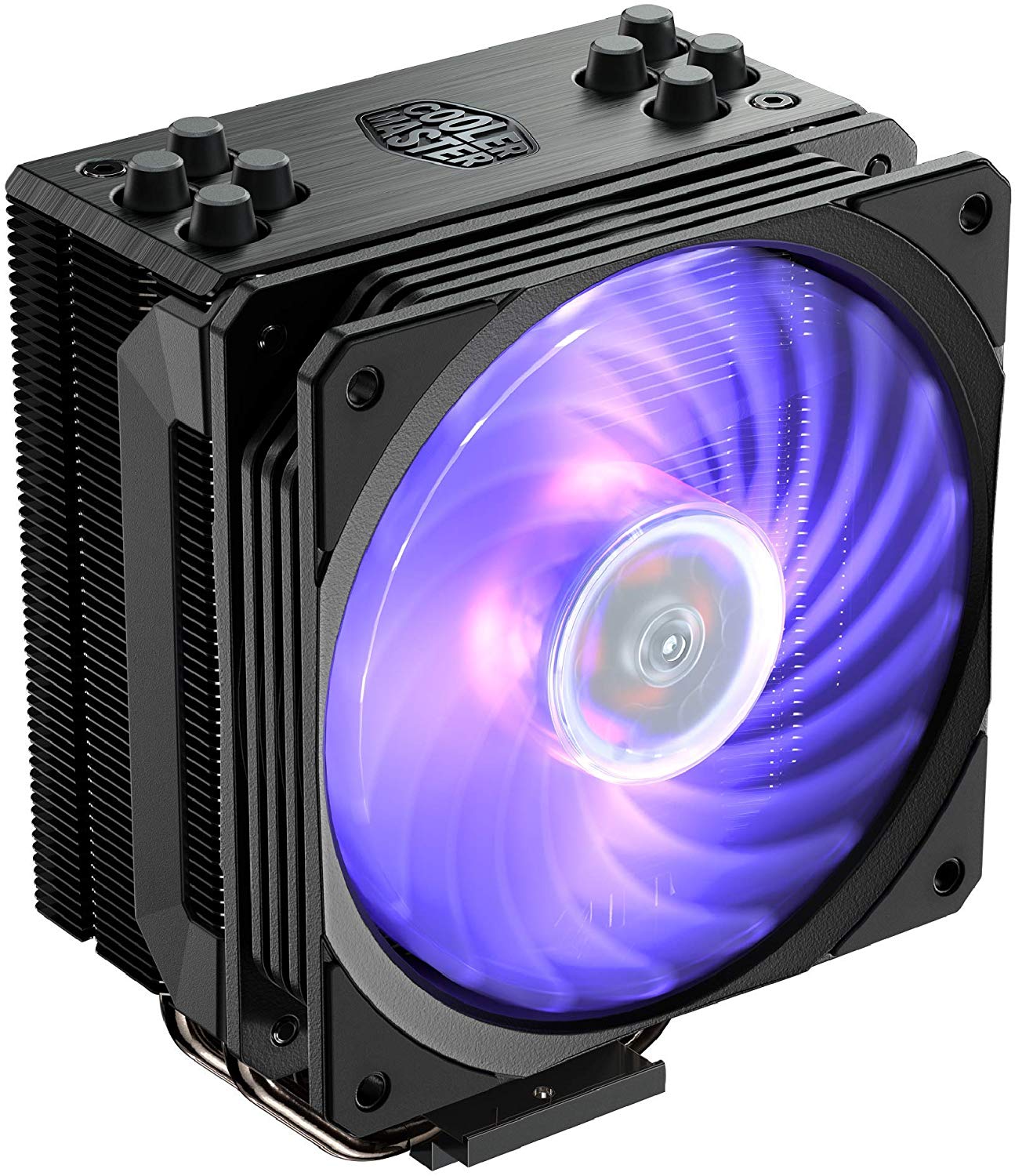 Your CPU cooler has a huge impact on the overall performance of your processor.

As your CPU uses electricity, it gives off heat, and a lot of it. So much so that what is considered a reasonable CPU temperature is about 75 degrees Celcius (167 degrees Fahrenheit).

Keeping your CPU cool can allow it to perform at its maximum speed and potential. 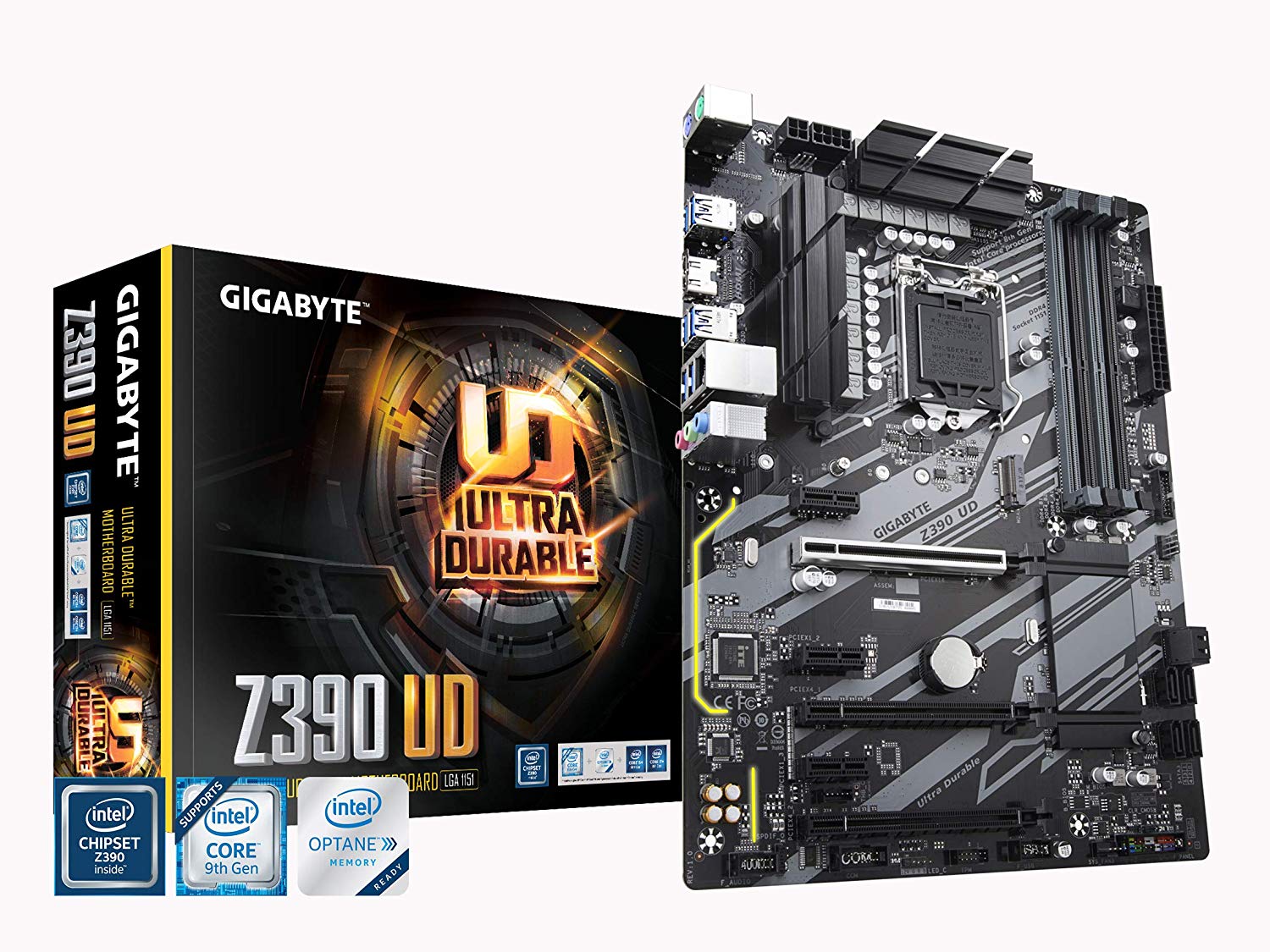 The motherboard acts as an outlet with which all the components can communicate through.

Everything in your computer is connected either directly or via cables to the motherboard to allow communication between the part and the processor.

The motherboard also handles power distribution from the power supply to the rest of the computer. 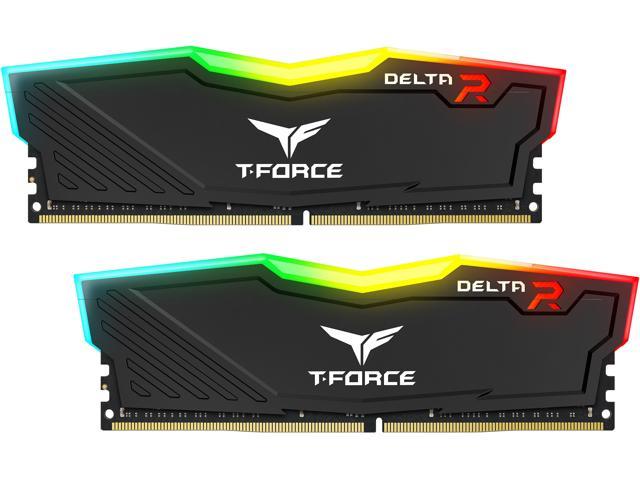 Your RAM is the system’s short-term responsible for storing temporary data from programs running on your computer.

Thus, you’ll need high amounts of RAM if you’re planning on running tons of programs at the same time. 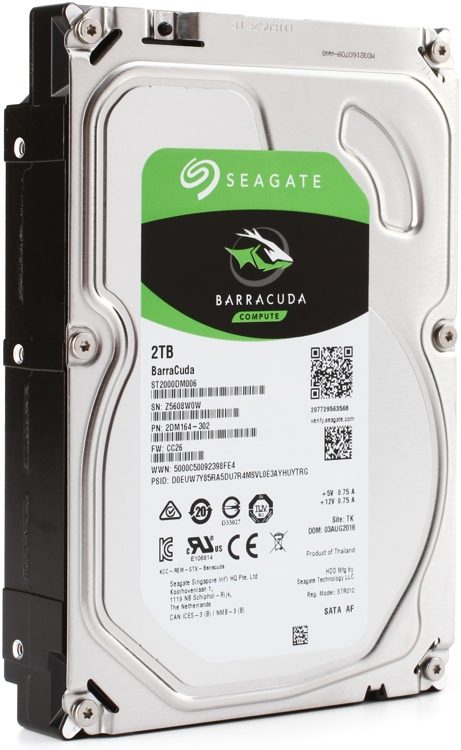 Storage is pretty self-explanatory. This is where data is saved in the form of files, programs, photos, videos, you get it.

There are two types of storage: Hard Disk Drives and Solid State Drives.

HDDs use a metal platter to physically etch your data, while SSDs use a series of 1’s and 0’s on a memory chip to store your data. HDDs are much cheaper, while SSDs are much faster.

SSDs won’t necessarily increase your FPS if you’re building a gaming PC, but they will significantly increase your computer’s load speed, and your games’ loading speeds as well. More on that here. 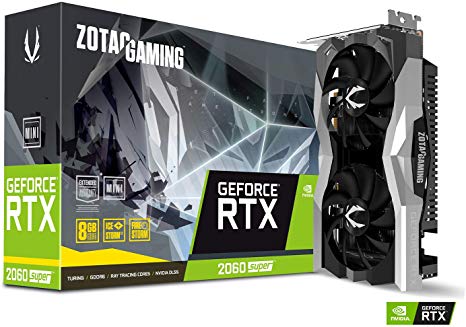 The GPU (Graphics Processing Unit) processes the graphics of your system, or what ends up showing on your monitor. Choosing a good graphics card is INCREDIBLY important if you want to build a good gaming PC.

Having a high power graphics card is the key to getting better performance when gaming, as games rely heavily on your graphics output, of course. 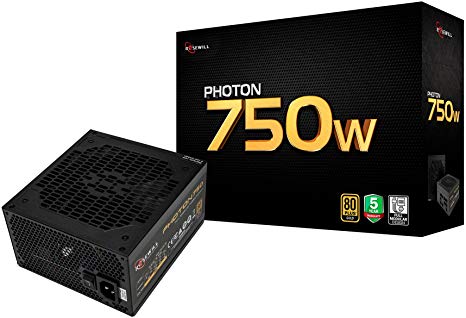 Having the right power supply can determine whether or not your computer even turns on or not.

The power supply delivers power from the wall of your home to the entirety of your computer. Having a wattage level that is a little more than what your power draw should be is always a good safeguard.

If you’d like to learn more about power supplies, we have an article about PSU efficiencies here. 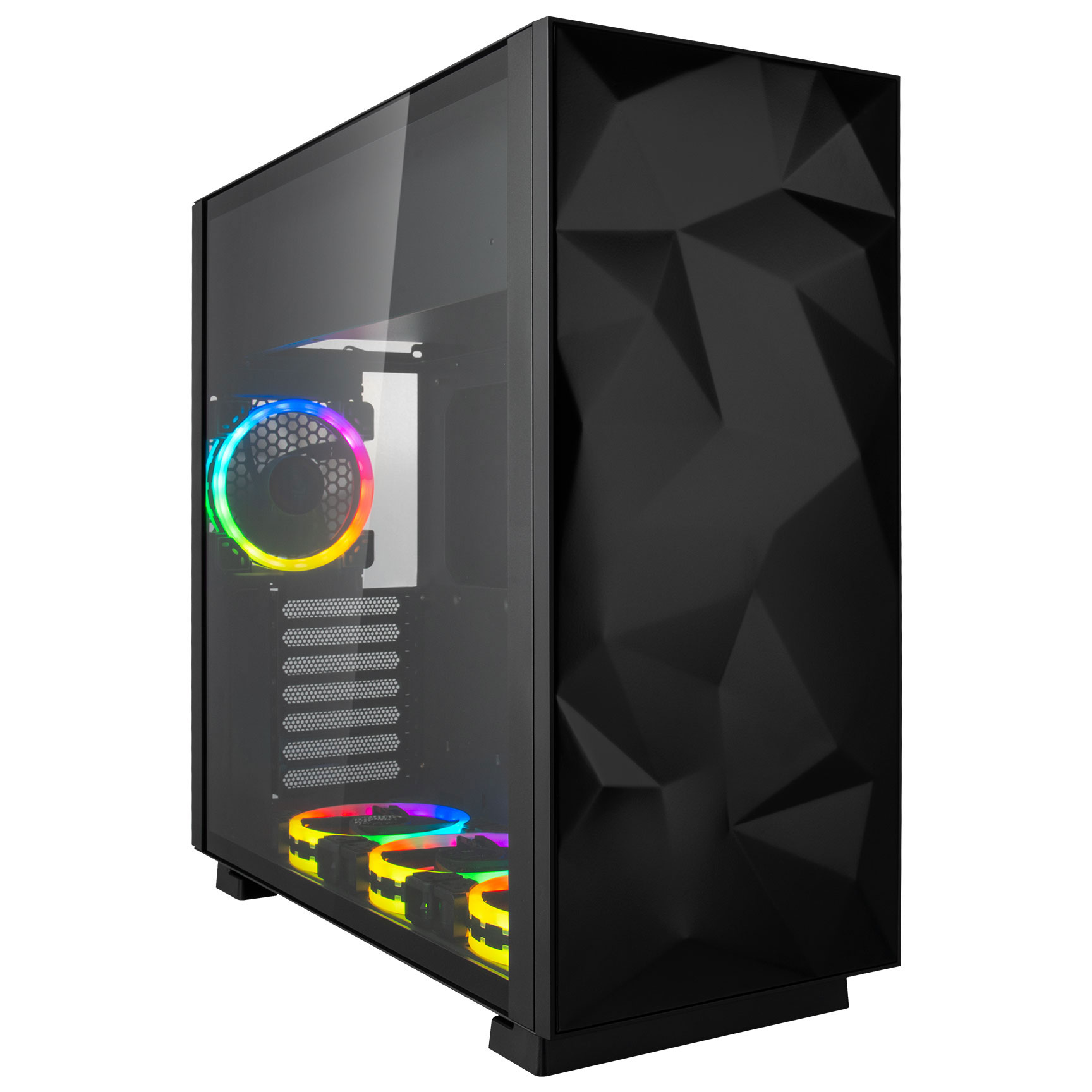 The case of your computer isn’t generally as important as the main components in the sense that you don’t generally need one to run your system, though having a power button is quite handy for obvious reasons.

Having the right case means getting proper airflow to your components, allowing them to run at their best.

Cases come in all different shapes and sizes. You can buy a compact ATX case, a small micro ATX case, or a large full ATX case. It’s totally up to you.

The design of your case is (obviously) going to have a tremendous impact on the look and feel of your gaming setup.

How Do I Know What’s Important for My Workload?

Well, just a short scroll down will show you the different types of workloads or professions you might encounter, and what parts are beneficial to look for when budgeting for a specific workload.

Graphic design doesn’t actually require all that powerful of a computer all around. We suggest a minimum of 8GB of RAM with a newer dual-core Intel CPU, but the new i3-9100F is also a good quad-core choice.

Graphics aren’t all that important, but the type of monitor you use definitely is.

When you’re working with colors, you need a color-accurate monitor so you can see exactly what your work should look like before you decide to export.

Having a quick hard drive or SSD would also be good for speedy file access. We suggest the Samsung 860 Evo 500GB.

Just as with a graphic design-focused computer, you can photo edit on just about anything.

For the best experience, you should opt for a newer quad-core processor and at least 8GB of RAM. The graphics card doesn’t matter really, but having a fast SSD is definitely recommended. Going for a high-end IPS monitor would help more than focusing on internal components, we suggest the LG 34UC80-B. 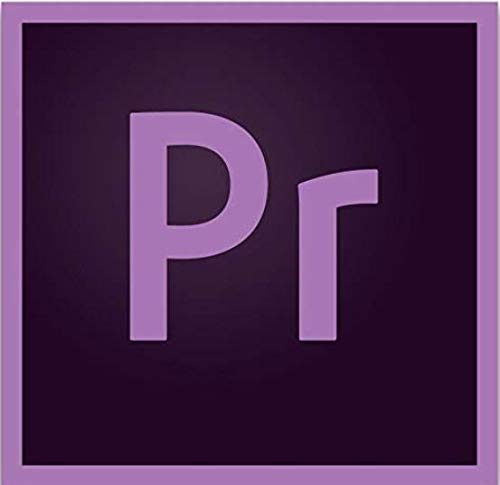 You’d think for editing videos, of all things, that your system would need a really good graphics card, right? You couldn’t be more wrong.

Like many of our workloads, you’ll need a beefy CPU if you want to keep up with any sort of heavy video editing.

Something with a high core count at high speed. Don’t get us wrong, having a proper graphics card is definitely good, but you don’t need to go overboard if you’re just planning for video editing.

You should also make sure you have at least 16GB of RAM in your system for video editing, but 32GB is also a reasonable number. Having a fast drive, such as an SSD, would also benefit you greatly. 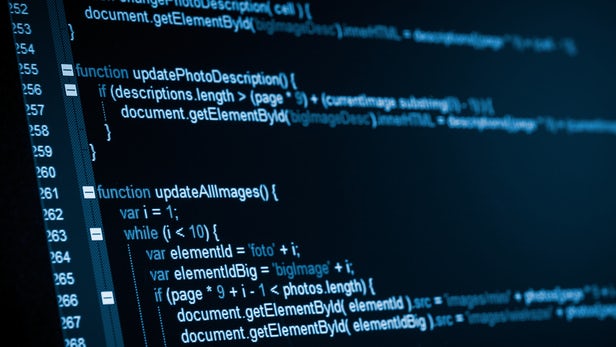 The CPU is generally the most important component when it comes to coding, but to be completely honest, you could write code on a potato.

Many would-be coders decide to opt for a Raspberry Pi for the cost and open-source nature.

The quad-core processor of the Pi offers reasonable performance, and for the price, you can’t really go wrong since it’s practically a full computer.

If you don’t just code, you could also go for a low-end Intel or AMD chip.

Intel CPUs like the Pentium G5420 offer high speed with a low core count, but the new i3-9100F gives you much higher speeds with 4 cores. AMD’s Ryzen 3 1200 also has 4 cores, but at a slower speed for cheaper cost. 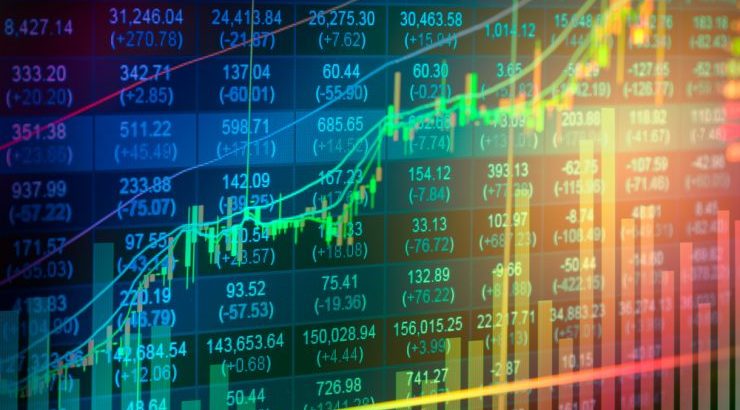 The single most important part for a high-frequency Stock Trading computer is the processor.

It is highly preferred that you focus more on the speed of the processing cores as opposed to the number of them, but 6 cores is a good baseline minimum if you’re planning on doing anything intensive.

Also, make sure that your chosen processor includes hyperthreading technology if you can afford it.

The best all-around CPU you can get for stock trading right now would be the Intel Core i9-9900KF, which offers 8 cores and 16 threads at a base clock of 3.6GHz and a boost clock of up to 5GHz.

Make sure you have proper cooling if you opt for this toasty chip.

Your other components won’t matter as much to the overall performance, but we do suggest having a minimum of 16GB of DDR4 RAM at any speed, a Z390 motherboard, and some sort of graphics card preferably with 3-6 monitor support.

We also suggest including an NVMe SSD for fast boot times. 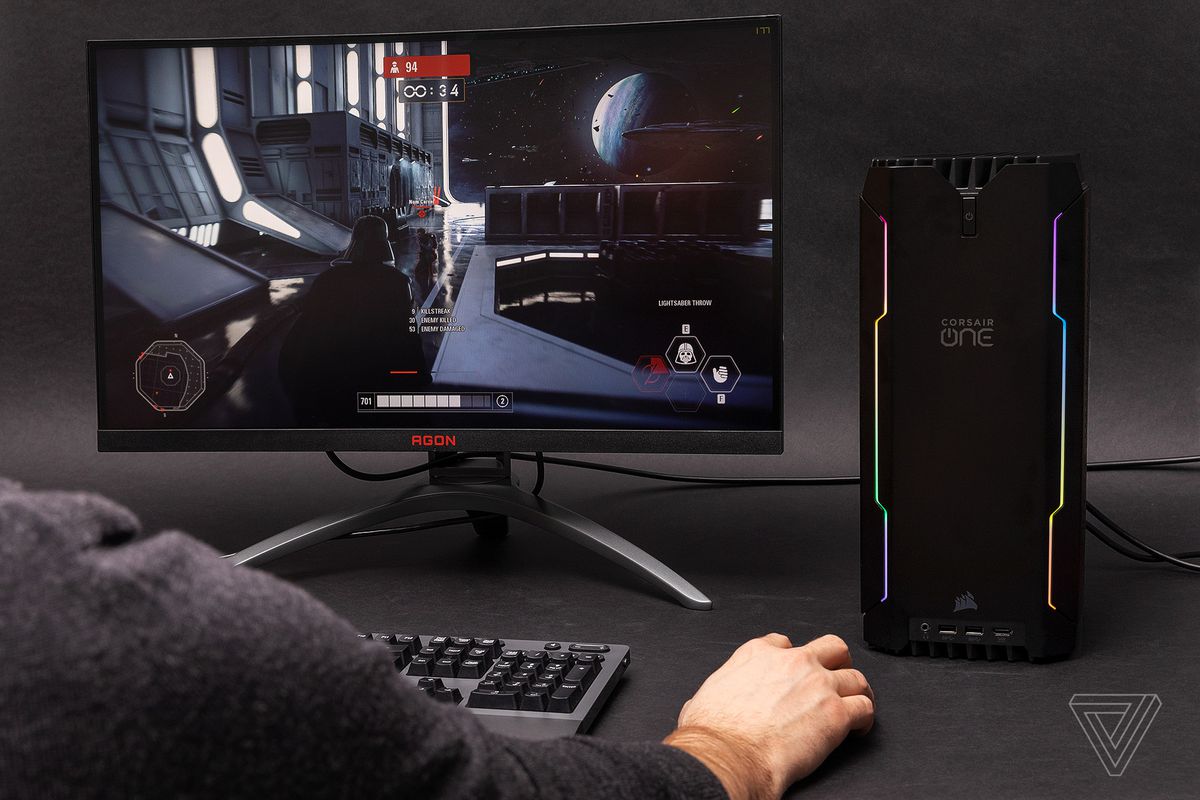 When gaming, the most important part is obviously the graphics card, but your CPU could also play a big role.

By pairing a high-end GPU with a low-end CPU (or vice versa) you create what we call a bottleneck.

This happens when too much information is being flooded to a part that can’t handle it, so you should always pair a CPU and GPU that are a similar level on the market.

One of the best possible CPU/GPU pairing you can go for right now is an Intel Core i9-9900KF paired with an Nvidia RTX 2080-Ti.

This pairing ensures you can handle 1080p, 1440p, and even 4K gameplay with more than ease. Hell, you could probably push some 8K gameplay if you can find a way to support it.

If you’d like to compare the performance of various processors and graphics cards, we suggest using the online tool UserBenchmark which compiles component benchmarks from all over the work to give total average performance numbers.

For more information on the best budget gaming computers, we have a ton of information and build guides here. 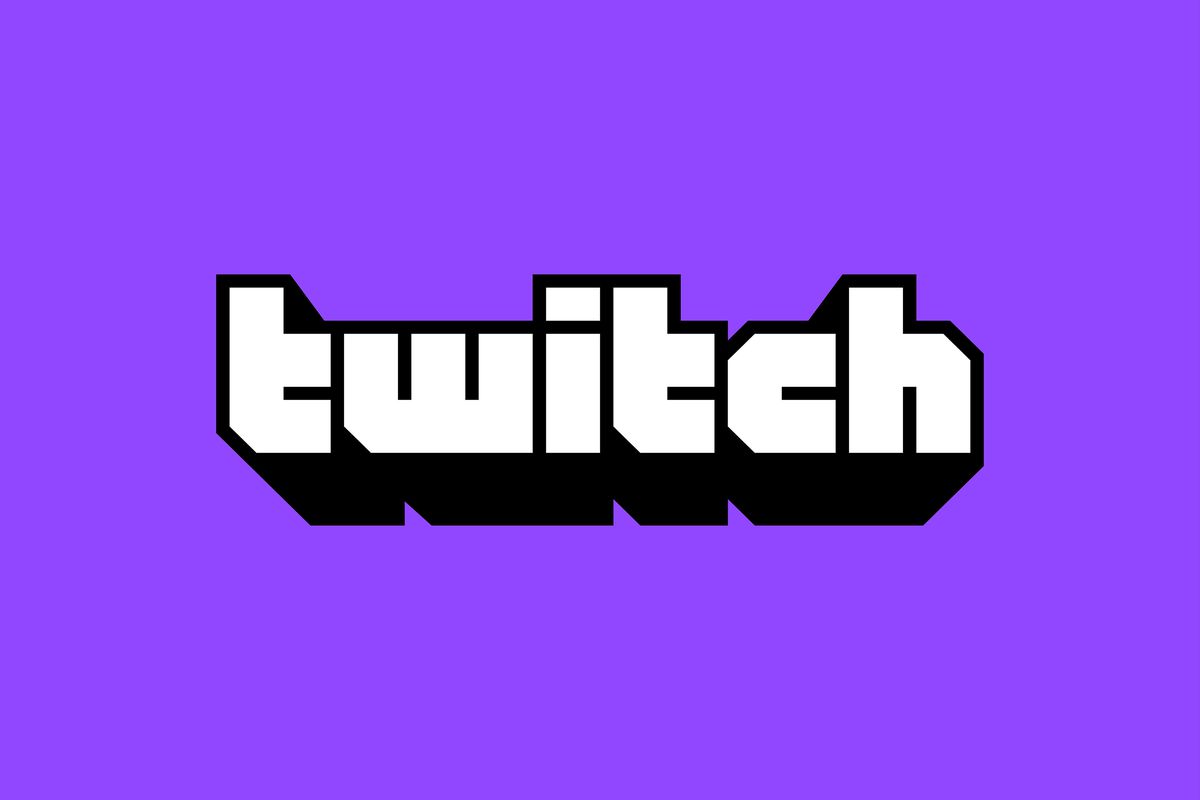 Streaming is a similar situation to gaming, as you’ll still need that beefy GPU to run your games well, and having a higher quality graphics card can help in reducing lost frames when streaming your games.

However, you also need a much better CPU than if you were just focusing on gaming.

Lucky for you, most build guides at the high end include a CPU and GPU that would be good for both gaming and streaming.

If you have a lower-end graphics card and you want to stream, you may want to opt for a higher core count AMD Ryzen chip like the Ryzen 5 3600.

The 3600’s 6 cores can handle streaming quite well at a relatively low price.

You may also want to have a higher speed memory kit for streaming.

For one, if you go for a Ryzen CPU, they thrive on higher speeds of memory so you’ll gain a performance boost from that.

Second, streaming usually requires running a couple of different programs at the same time, so having higher speeds and a higher amount of RAM can be quite beneficial.