You’re looking for the best CPU for the GTX 1060, and I’m here to give you the answer.

Without further adieu, let’s talk about the top 3 CPUs for the GTX 1060:

The truth is, the cards are so similar in performance, the same CPU will be fine for either one.

That’s not to say the GTX 1060 3GB and the 6GB are the same card though - fundamentally they’re different cards, so I don’t know why NVIDIA decided to confuse their buyers with the weird naming. More on that below. 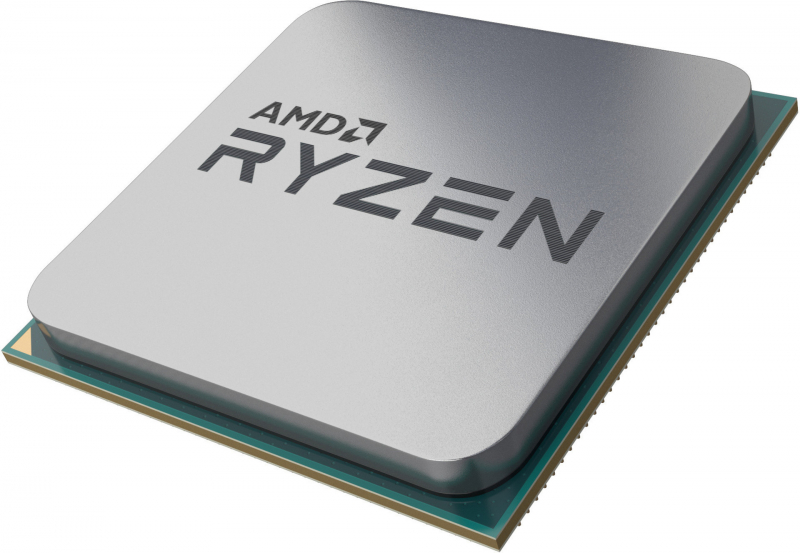 The Ryzen 5 1600 (12nm variant) is widely regarded as the best gaming CPU for the money, with the highest performance per dollar among any other CPU we've seen. The 1600 AF is the best CPU for the GTX 1060, hands down. If you can still get your hands on this chip, it's your best bet.

Despite its name, the Ryzen 5 1600 AF is actually a Ryzen 2000 series processor based on the Zen+ 12nm architecture.

Ther Ryzen 5 1600 AF is basically a Ryzen 5 2600, but for a much cheaper price tag. Many in the PC building community regard the Ryzen 5 1600 AF as the best value CPU on the market today, and for good reason.

Here are some of the games it can play:

The numbers above were tested with a GTX 1060 3GB, and in all of the games tested, GPU usage was at 99% while the CPU usage was sitting below 30% most of the time.

That means the GPU (GTX 1060 3GB) was the bottleneck in this scenario, not the Ryzen 5 1600 AF. If you want a CPU that will always allow the GPU to play at its full potential, using a Ryzen 5 1600 AF with your 1060 is your best bet, especially from a performance per dollar standpoint.

I’ve never seen a CPU with a better bang for your PC gaming buck, and I’m probably going to upgrade from my lowly Ryzen 3 1200 soon.

Still, it’s important to note that if 1080p, 60 FPS is your goal on max settings, you’ll probably need a better graphics card than the GTX 1060 6GB. I’d recommend at least opting for the GTX 1070 to ensure buttery smooth 60+ FPS gameplay in all titles with high settings in 1080p.

By the way, we have a guide on the best CPUs for the GTX 1070 as well if you want to check that out too.

As you can see in this video, the Ryzen 5 1600 AF’s performance is nearly identical to the Ryzen 5 2600, meaning you’re getting a second generation Ryzen 5 chip built on the 12nm architecture at the price of a first generation, 14nm chip.

Obviously the Ryzen 5 3600 based on the Zen 2 architecture is fastest in this video, but it’s $100 more than the 1600 AF, making the price increase not worth the added gaming performance (because the GPU will bottleneck here anyway).

I was going to make a section in this article about a cheap CPU for the 1060, but it didn’t make sense because the R5 1600 (12nm variant) is already so darn cheap.

View on eBay
Runner Up 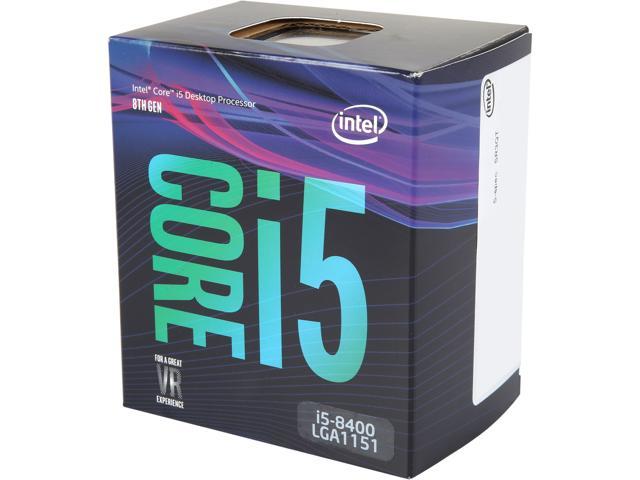 If you're dying to buy an Intel CPU for the GTX 1060 because you're a member of Team Blue and won't settle for AMD scum, I'd recommend the Intel Core i5 8400.

But I’d like to start by saying the Ryzen 5 1600 AF is better in practically every regard than the Core i5 8400 in terms of performance, except gaming where the i5 8400 pulls ahead ever so slightly.

For the purposes of this guide I’m going to use the Ryzen 5 2600 as a comparison processor since the Core 8400 and the R5 2600 are rivals - however, you can expect the 1600 AF’s performance to be nearly identical to the results shown with the Ryzen 5 2600 in the tests below.

The Ryzen 5 2600 has a clear lead over the Core 8400 when it comes to multi-threaded performance, as shown in the chart below:

And in terms of single-threaded performance, the i5 8400 does have a slight lead over the R5 2600, but normally Intel CPUs are known to knock AMD out of the park in single threaded applications, which is not the case here.

In conclusion, if you’re looking for the best gaming experience, I’d recommend the i5 8400 as a good CPU to pair with the GTX 1060.

However, if you’re going to be gaming and doing any other kind of workstation task, from video editing to rendering, the Ryzen 5 2600 (and the 1600 AF) is a better all around option. 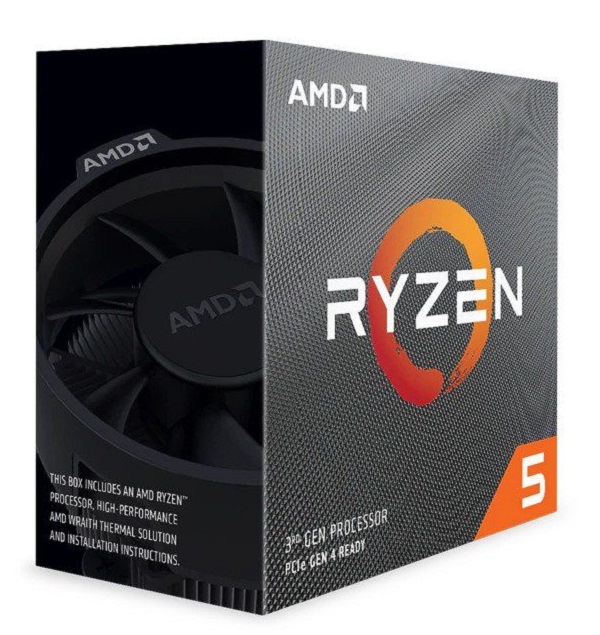 If you want to get the best overall performance processor for the GTX 1060 (within reason) I'd highly recommend the Ryzen 5 3600 - it's hands down the best all-around CPU in 2020.

The R5 3600 is more or less superior in every way to competing Intel i5 parts - technically the i5 9600K does perform a bit better on average in gaming scenarios, and overclocks a bit better too.

So if you count overclock to overclock performance, technically the i5 9600K wins in that regard.

However, the i5 CPUs have a problem - they’re much harder to defend than say an i9 or an i7 CPU because threads are artificially turned off on the 9600K, meaning frametime consistency isn’t as reliable as it used to be.

Interestingly, back in the day people used to say “an i5 is enough for gaming”.

It’s important to note that while the 9600K beats the R5 3600 in gaming performance, that’s in a testing environment when paired with a graphics card like the GTX 1080 Ti, in which case the CPU is the bottleneck.

When you pair either the 9600K or the R5 3600 with a 1060, the GPU will be the bottleneck, meaning gaming performance will be more or less the same with either one.

That being said, your decision should come down to performance per dollar, and considering the R5 3600 outperforms the 9600K in most other aspects, and it’s cheaper, I have to go with the 3600 every time.

The R5 3600 is genuinely good, and versatile. If you’re building a budget gaming PC and you’re trying to get the cheapest CPU that gets the job done, opting for the Ryzen 5 1600 AF is still your best bet.

But if you have some extra cash to spend (around $100 more) and you want an all around CPU that can tackle any task, the Ryzen 5 3600 is a terrific all around performance pick.

For those that want to game and stream, and edit videos, and render videos (you get the picture) you can’t beat the Ryzen 5 3600. 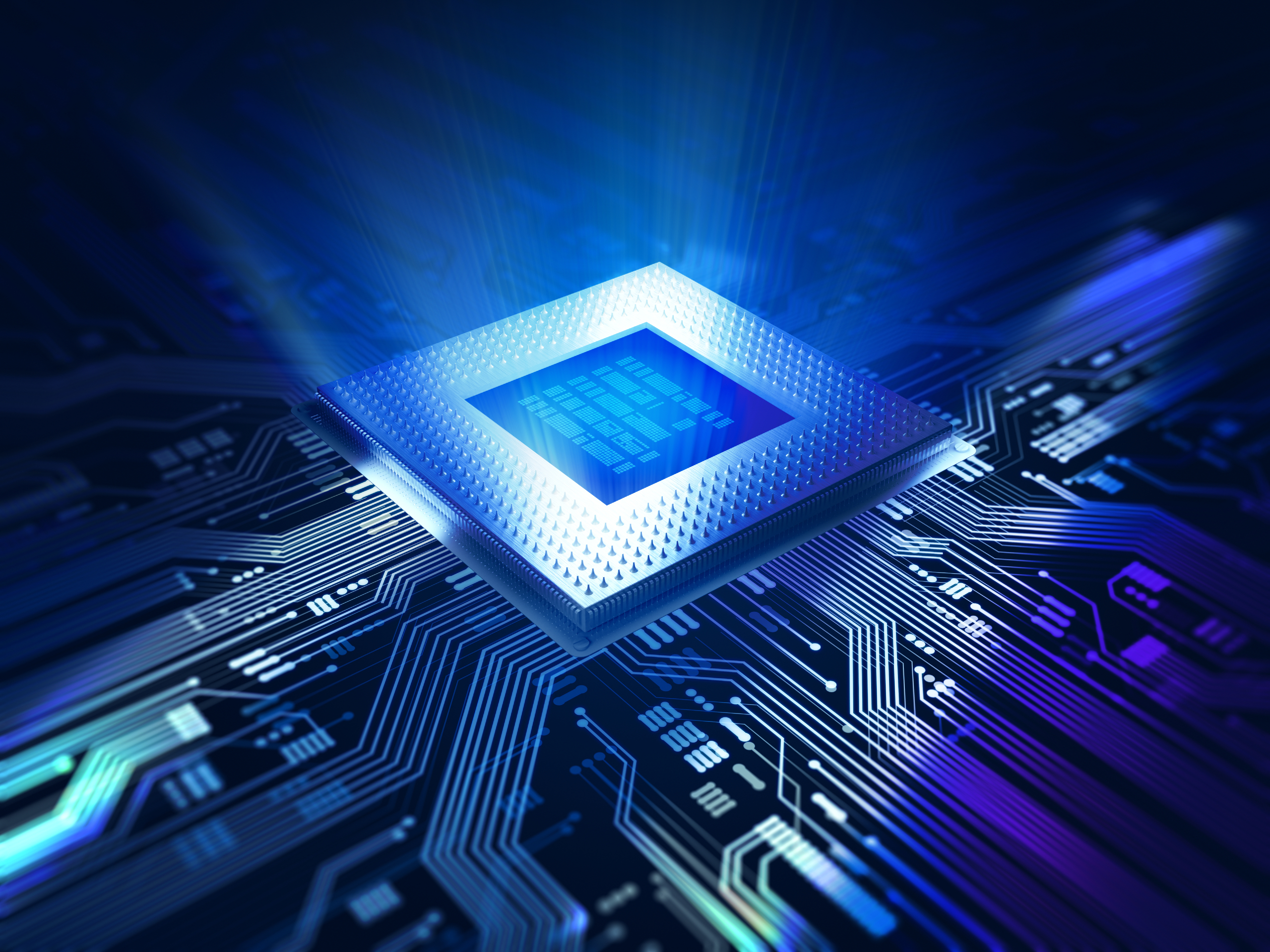 As we’ve already mentioned, the “best CPU” is specific to you and your needs.

If you’re purely concerned with gaming, the Ryzen 5 1600 AF is your best bet.

But if you want to stream those games and maybe edit some videos, using a beefier model like the Ryzen 5 3600 is a better option.

Then you can determine what your budget looks like to meet your needs, and purchase a CPU accordingly.

For more information on choosing the best CPU for your PC, View on Amazon out our guide by clicking that link.

The difference between the GTX 1060 3GB and 6GB models is (almost) negligible.

In nearly all gaming scenarios, the GTX 1060 3GB performs roughly 5-7% worse than its 6GB counterpart (at clock speeds). This is according to the awesome review from Gamers Nexus.

At the end of the day it really depends on whether or not you feel the ~$50 saved is worth losing ~5% of your gaming performance.

The 3GB model has an entire SM disabled including 1/10 of the card’s processors and half of the VRAM capacity.

In my opinion the 1060 3GB should not be called a GTX 1060, but of course, component manufacturers messed it up again. Oh well.

Here are some of the most commonly asked questions I get about this topic:

Yes, you ccan pair Nvidia GPUs with AMD CPUs, without any compatibility problems.

What is the Radeon equivalent of GTX 1060?

Most people agree that the RX 480 is the Radeon equivalent of the GTX 1060 6GB model.