Do You Need a Good Motherboard for Gaming in 2022?

Asking the question “does your motherboard matter for gaming” is like asking if the type of wheels you have on your car affects your driving.

You won’t notice much of a difference in traction unless you spend a lot of money on tires.

Likewise, the type of motherboard you buy will not generally affect your gaming performance until you go to high-end models.

Does Your Motherboard Affect FPS?

Motherboards do not directly influence your gaming performance at all. 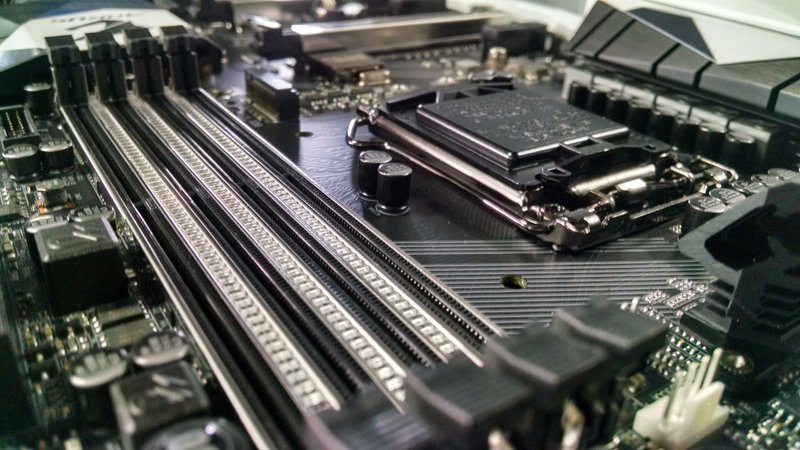 What your motherboard type will do, is allow your graphics card and processor to perform better (or worse).

It’s sort of similar to a Solid State Drive’s impact on FPS. It doesn’t directly affect framerate, but it definitely makes your PC more responsive overall and your games will load way faster as well.

On the processor side, it’s a lot more simple to explain.

The motherboard type will always have an effect on how far you can overclock your processor and still maintain stability.

Not all games will benefit noticeably from processor overclocking, but it never hurts to do it.

On Intel’s side, only Z-series motherboards allow for overclocking (but you also need a K-series CPU) and for the most part are top of the line in quality and feature set.

For AMD’s Ryzen platform, all of their chipsets besides the A320 budget chipset allow for overclocking with any Ryzen CPU.

Unlike Intel motherboards, however, these boards vary greatly in quality and capacity of overclocking

The gist of it is, the GPU is the main contributor to your games’ FPS so you want to have a quality conduit in the form of its PCIe port for it to read and transfer data.

PCIe x16 ports for graphics cards nowadays range from 2.0 (5GHz), to 3.0 (8GHz), to the new 4.0 designation motherboards brandishing double the bandwidth of 3.0 that is coming with the new Ryzen X570.

How Much Should You Spend on a Gaming Motherboard?

Most motherboards offer very little in the way of difference in gaming performance between them, so it may not always be justifiable to drop a couple of hundred dollars on your next board for an extra 4FPS. 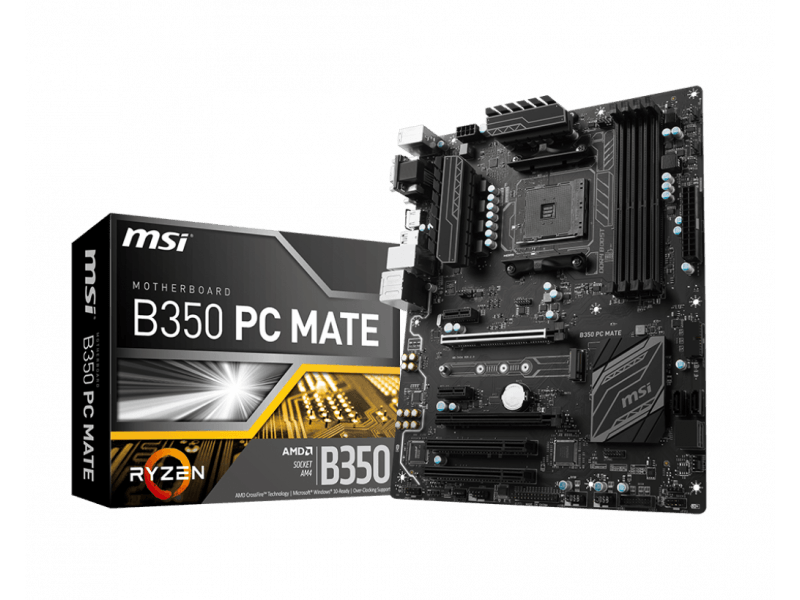 Our suggestion is to always go for mid-range boards if possible but, of course, some people are on a tight budget, and others wish to make a contest out of spending the most possible dough on their rig.

Price for motherboards is tied to a couple of things:

Higher end looking motherboards with all the fancy LED lights will always be priced higher due to those features, but they are often only paired with high-performance motherboards so maybe you’re in luck there.

A lower end overclockable motherboard should only set you back around $75-$90 USD on AMD’s side depending on whether you go for B350 or B450, and for Intel, their Z370 and Z390 boards run you a little over $100USD for the lowest end models.

Things to Look for in a Motherboard (For Gaming)

As we mentioned before, something you always need to look for in your new motherboard is its proficiency when overclocking, as this process gives your processor a major turbo boost in performance. 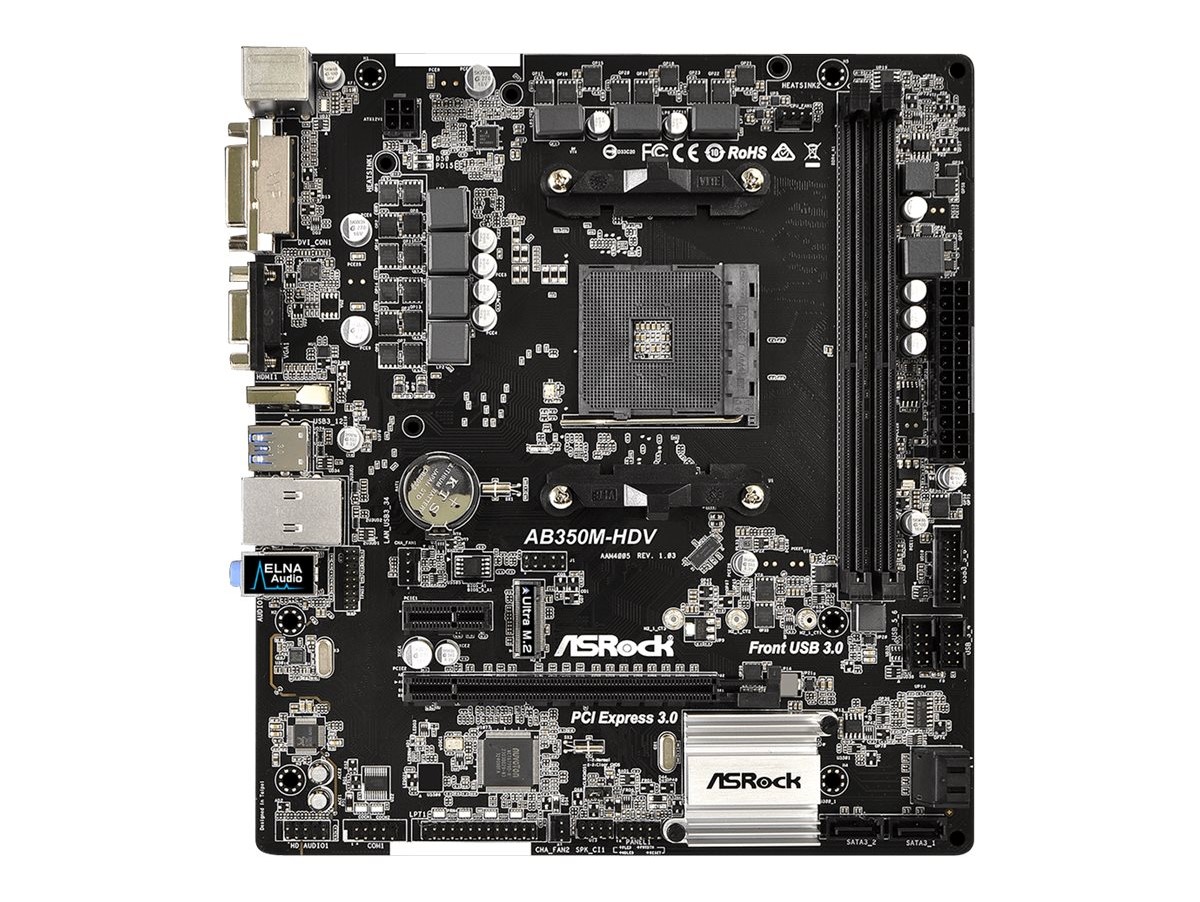 Chipsets often overclock at different levels. B450 motherboards will, more often than not, overclock much better than their B350 counterparts. And X370/470 motherboard is made for overclocking, so they will naturally outperform B350 and B450.

One very important thing to note when choosing an AMD motherboard is that the chipsets will not always be out-of-the-box compatible with every CPU configuration.

Each chipset was made for the processor generation they were released with, and while you can technically use any Ryzen CPU in any AM4 motherboard there are some holes to jump through.

The new 3000 series chips follow the pattern of the 2000s, except they are currently only out-of-the-box compatible with X570 boards.

As for Z370 and Z390 motherboards, though, there is literally no difference in overclocking capability between the two types.

We’ve actually explained the differences between Z370 and Z390 are explained in this article.

Verdict: Do You Need a Good Motherboard for Gaming?

Your motherboard choice won’t ultimately affect your gaming experience too much.

Motherboard choice can, however, affect your overall PC experience.

Overclocking is always going to be a prominent topic, so buckle your seatbelts and sit tight for another ride on the gains-train.

Overclocking just allows for too much of a performance boost, especially per dollar, to go ignored in any modern PC.

Increasing your overall CPU clock speed increases the general speed of your computer, contributing to much higher productivity and faster workload completion.

Your motherboard choice (specifically the chipset) will be important with regards to how far you can push the limits of your CPU.

So make sure you choose the right chipset for the right CPUs, you don’t need an X570 motherboard for a Ryzen 3 1200.

The longevity of your motherboard is crucial to keeping your PC in perfect working condition for as long as possible, or at least until you upgrade.

Motherboards don’t tend to be the first thing to go in a rig, but that doesn’t mean that it isn’t still a possibility so always be prepared.

Make sure your board has ample warranty time and make sure to keep track of when your warranty ends.

Flair (if you’re into that kind of thing)

And most important of all… Get a board that you like the look of!

Not so important, we’ll be real with you, but hey it’s all about the aesthetic.

Even though sometimes it doesn’t matter at all since some people don’t even have side panel windows, (pathetic).

In all seriousness though, don’t buy a motherboard just because it looks cool.