The Best Motherboard for The Ryzen 5 2600

While it may be tempting to go on amazon and buy the cheapest compatible motherboard for your CPU, there are some things you need to consider before spending your hard earned cash on a low-quality motherboard.

With that said, if you’re looking for the absolute best motherboard for the Ryzen 5 2600 we suggest the ASUS ROG Crosshair VII Hero. 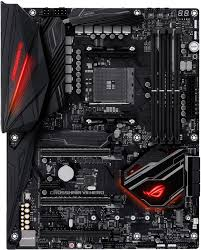 The ASUS ROG Crosshair VII Hero is by far the best motherboard for the Ryzen 5 2600.

Not only does this motherboard come with countless features, it also throws in some super kickass extras like a CPU temperature display on top of the board.

The Crosshair VII Hero will guarantee that you will get the absolute most out of overclocking your new Ryzen 5 processor.

With its 10 phase power delivery it will ensure a smooth voltage signal so that your overclocks remain stable in the most intense situations.

Not to mention this motherboard comes with ASUS’s amazing Auto-Tuning and FanXpert 4 software that can basically do the overclocking for you with just one click!

This thing even has RGB lighting that can be customized to match the colors of any setup. It’s sporting 4 fan headers and a flow rate header for you water coolers out there too.

All in all, it’s a great board for enthusiast builders, and by far the best motherboard for the Ryzen 5 2600. 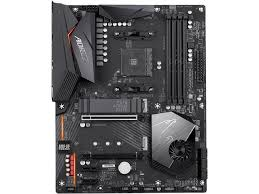 It may not be as nice as the Crosshair VII from ASUS, but the X570 AORUS Elite from Gigabyte makes a strong case for a solid 2nd place.

It is based on a little bit newer chipset (X570 the predecessor to X470) and still manages to pack an impressive amount of features on a board that costs under $200.

While still rocking the same socket as the ASUS motherboard (AM4) this Gigabyte motherboard is built with the newer X570 chipset.

This chipset upgrade means you get things like the new PCIE 4.0 graphics card slots and much fast M.2 SSD ports.

One of the main reasons this motherboard was moved down to our number two pick is because unlike number one it does not include onboard WiFi meaning you will have to spend extra money to access the internet without wires.

Another pitfall of this motherboard is that Gigabyte’s included software is (in my opinion) worse than that of ASUS.

Despite those minor details the X570 AORUS Elite still remains of the best motherboards money can buy for the Ryzen 5 2600 and at under $200 we recommend it to anyone looking to buy a new motherboard for their build. 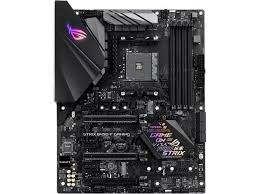 The ASUS ROG Strix B450-F motherboard is the best budget motherboard for the Ryzen 5 2600 and is a personal favorite of mine since it can make a great edition to any build featuring a Ryzen 5.

Whether it’s a $1000 gaming monster or a $700 budget build this motherboard makes a great option for them all — this mid-tier motherboard from ASUS does everything extremely well.

Another reason we included this motherboard in our picks is its looks. This is by far the best looking motherboard that you can buy at this price point.

It even has RGB LED’s on it that can be changed to match the color of every build.

Looks aside though, this motherboard is no slouch in the performance and features categories either.

One downside to this board, however, is that it’s based on AMD’s cheaper B450 chipset which lacks a few of the extra features that the more expensive X470 boards have, like SLI. For most people though this difference will have almost no impact.

Any motherboard with an AM4 socket is compatible with a Ryzen 5 2600. However, different chipsets will affect the performance of the CPU, and whether or not you’ll be able to overclock your Ryzen 5 2600.

In addition, some chipsets have better overclocking performance than others due to the way they deliver power to the motherboard. Therefore it is important you pay attention to not only your motherboard’s socket type but also which chipset you’ll be using.

How to Choose a Good Motherboard for a Ryzen 5 2600

A “good motherboard” can mean a different thing for every build.

When selecting a motherboard for the ryzen 5 2600 the two most important things to consider are your budget and needs.

For example, if you are doing a budget build like our 600$ PC Build it makes much more sense to buy a cheaper motherboard and then use the money that you saved towards something more important like your graphics card.

However, if your budget allows spending some extra money, your motherboard can really help increase the look, performance and overall quality of your build.

Cheaper motherboards lack some of the bells and whistles that more expensive motherboards have. Here are just a few key things to look for in a good motherboard:

The Ryzen 5 2600 uses an AM4 socket which is compatible with all Ryzen processors.

Do All Ryzen CPUs Have The Same Socket?

Yes, all Ryzen CPUs use the AM4 socket type. However, AMD has released a new generation of chipsets for the newer generation of Ryzen CPUs. (B450 has replaced B350, for example.)

X470 is better for overclocking because of a more stable power delivery, but B450 will get the job done too.

If you’re a PC gaming enthusiast and you want to push your CPU to the absolute limit, go for an X470. However, the B450 chipset will do most people just fine for a fraction of the cost.

The same cannot be said, however, about last generation motherboards supporting newer processors. Older motherboard BIOS may need an update if you wish to use them with a new CPU, but after that, you’ll be good to go.