How to Host a Dedicated Rust Server for Free

Hosting a Rust server can be a great deal of fun for you and your friends without having to deal with the frequent griefing of randoms in normal online play.

I started playing Rust back in the legacy days, when people were actually nice to each other (more or less) and didn’t kill on sight or senselessly grief.

But those days are over. Most Rust servers are full of jerks.

Making your own Rust server is a great way to make the game fun again, giving you total control of your world.

In this tutorial, I’m going to show you the fastest way to make your own Rust server, step-by-step.

There won’t be any room for error - follow the tutorial, and you’ll be up and running in 10 minutes! 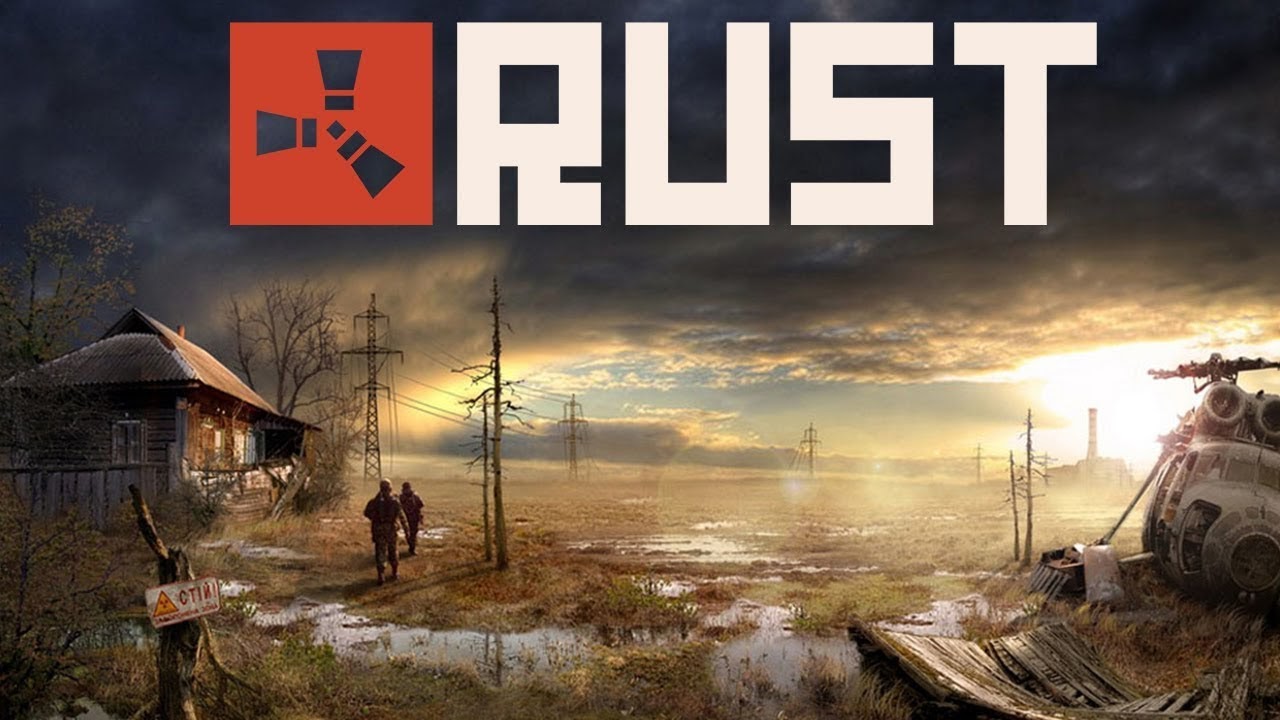 If you don’t want to know about the easy way to host a Rust server, skip this section and continue with the tutorial.

Hosting your own Rust server is a great way to learn the game, create base designs, practice, and have fun with a few friends.

It’s also a pain in the ass to manage, and takes a while to setup.

But there’s another problem:

Dedicated Rust server hosting is taxing on your system’s performance, not to mention your internet bandwidth. There are ways to improve your internet speed, but nothing you do will be enough to host more than 5-10 people on the server.

Furthermore, your friends can only connect to the server when it’s running on your PC, meaning you’d have to leave your computer on 24/7 to have a real Rust server that actually attracts a player base.

If you want to have a real Rust server that can accomodate dozens of people and run 24/7 without compromising performance, paying for Rust server hosting is the way to go.

It's cheap, fast, and easy. Plus, it's the only way you'll be able to host a real Rust server. If you want to host a Rust server the easy way, check out our guide on the best Rust server hosting companies.

Well, if paying for hosting isn’t your thing, I’ve got your back.

You’re about to learn exactly how to make a Rust server, step-by-step.

*If you’re hosting on a computer that’s separate from the one you’re playing Rust on, then 4GB of RAM is excellent for the dedicated server.

A compressions software like 7-zip or Winrar may also come in handy.

In this tutorial, you’ll log into the server as anonymous, but some servers require you to configure with a real Steam account.

You cannot play Rust on the same account that is hosting the Rust server. If you run as anonymous, you can still participate. 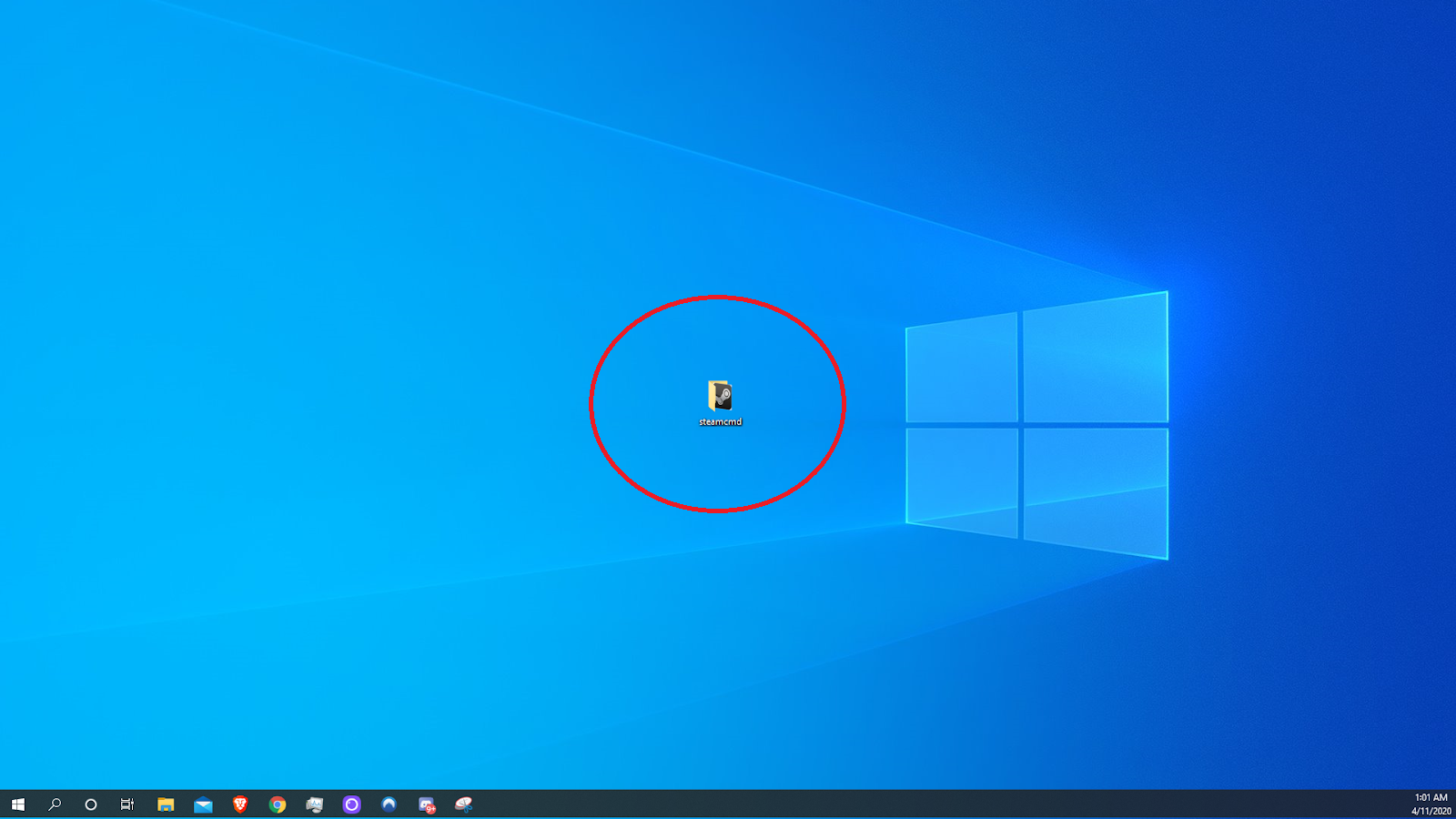 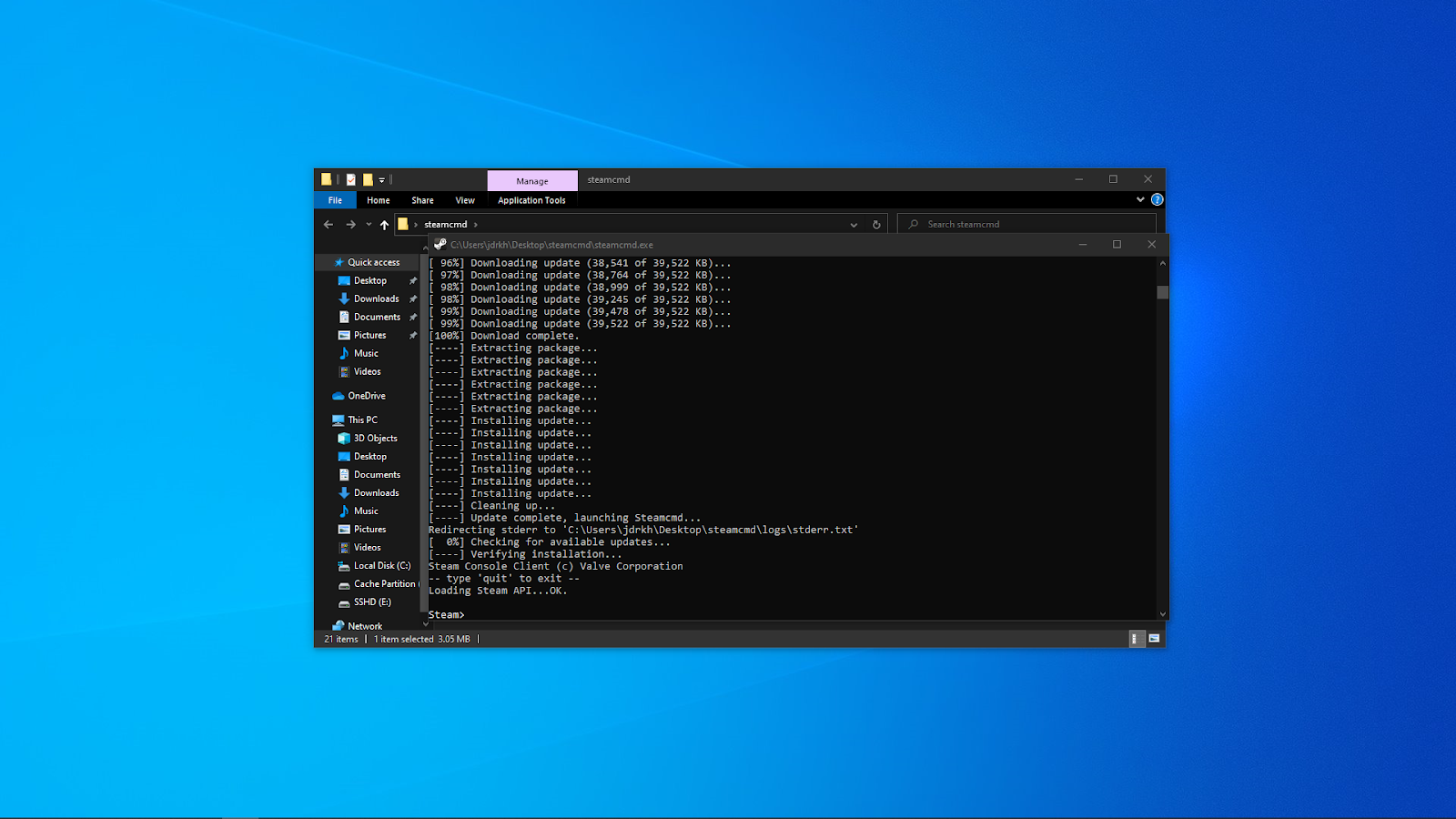 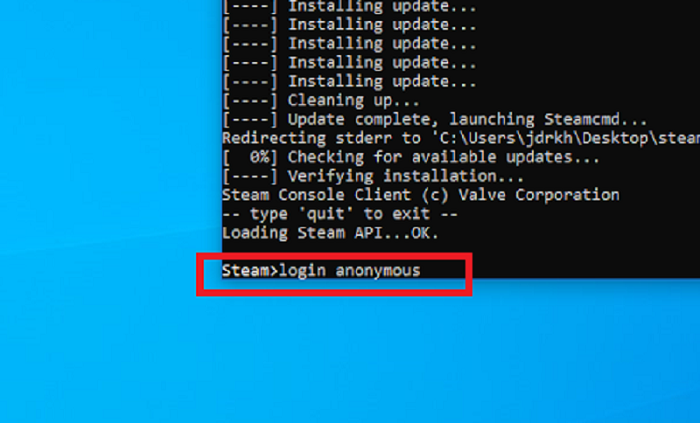 Time to install the Rust server itself. 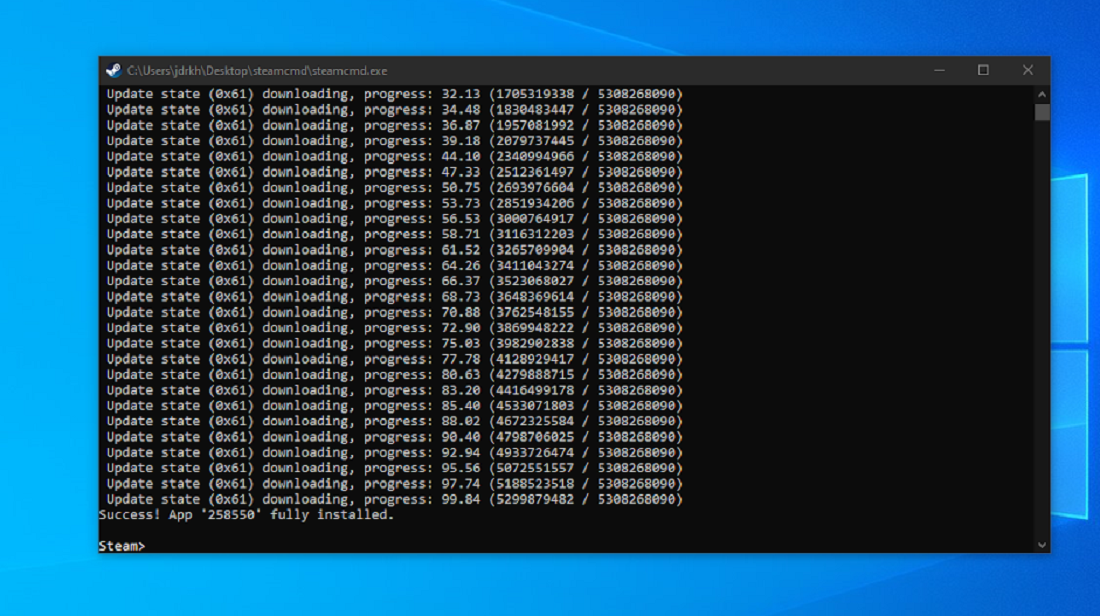 If you’d like to release beta updates to your server there are a couple of commands you can input instead of the app_update 258550 validate command.

To receive the most recent updates from Rust’s Beta Staging, use the command app_update 258550 -beta staging.

To receive pre-release updates, use the command app_update 258550 -beta prerelease.

Rust Oxide is a server-side Rust mod that allows you to outfit your server with tons of amazing plugins to enhance the experience.

How to Install Rust Oxide

The installation process is quick and painless. Here’s how you do it: 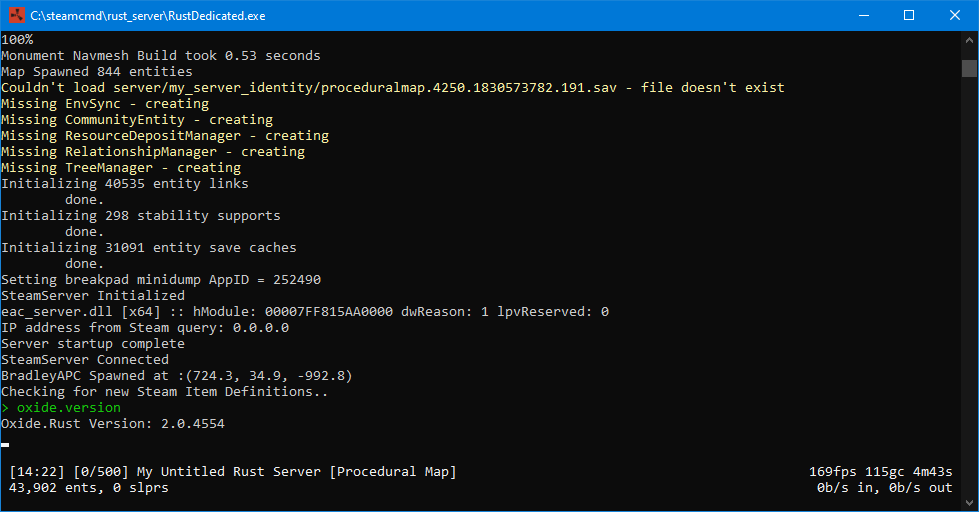 Now all that’s left is to add some plugins! For a list of the best Rust plugins for 2020 check out the very bottom of our Rust hosting list

Configuring and Running the Server

All of the tiles are set and you’re 100% ready to start up the server and get to joining! There isn’t really any configurations we can cover here, just play around with the Admin commands and figure out what everything does. 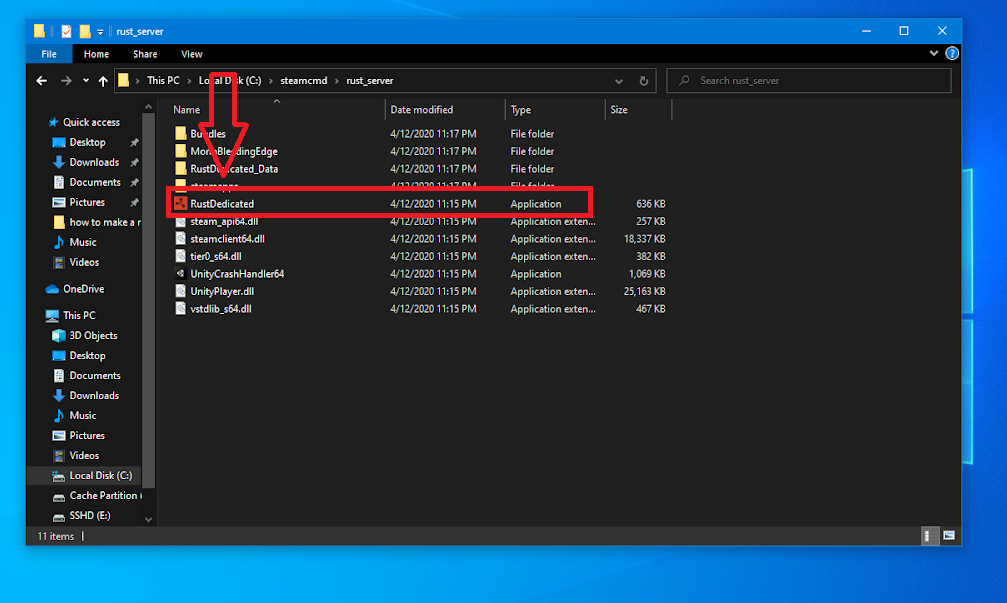 To keep your server up to date and functioning properly or create a system to relieve the stress of constantly typing in commands, it’s a good idea to configure your Batch Script file which will automatically employ certain commands upon server startup.

This file will offer you a way to easily check for updates whenever you might need to update your server. 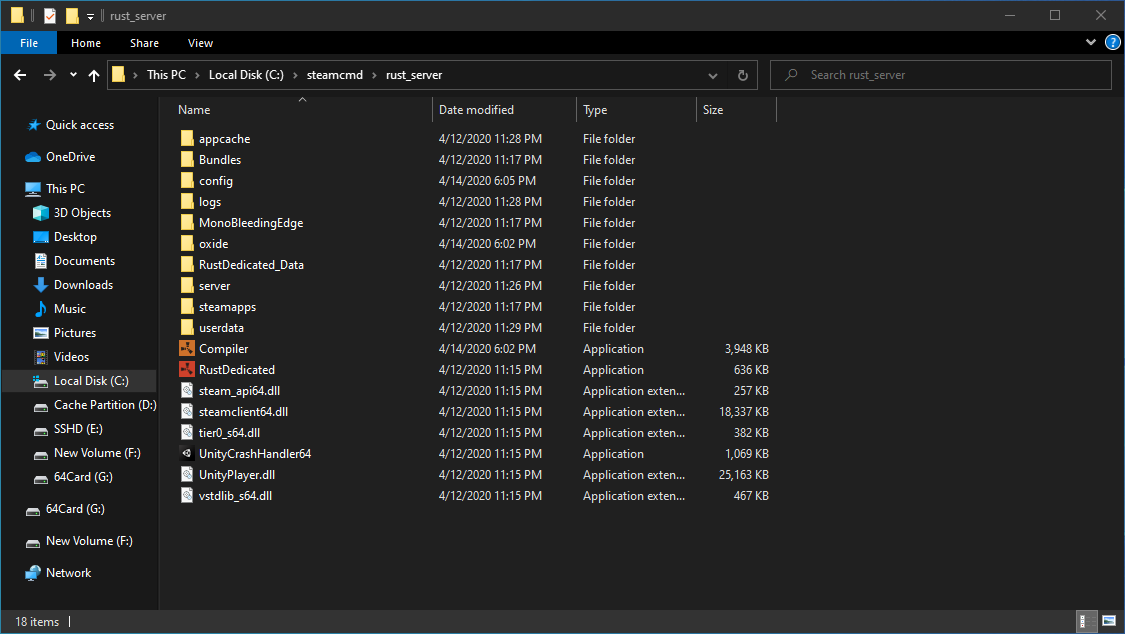 This file should serve as the primary way you start your server.

Note: When filling in the spaces with your info, do not include the parenthesis. 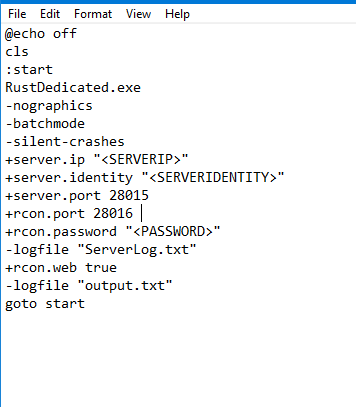 Here’s a list of batch file commands for Rust servers and what they do:

Connecting to Your Server

If you’re hosting your server on the same computer that you’ll be playing on, joining is as simple as it gets. If connecting on a separate PC, there’s a little extra work.

Connecting From Another Computer

You have to find the IP address of your computer so it can find the right server and connect to it.

Note: You will only be able to connect from computers on the same internet connection as the server host.

To connect from outside the network, port forwarding is required.

There are two ways to promote players to moderators or admins on your Rust server.

While both work just fine you will need the user’s Steam ID for either.

One quick and easy way to find a user’s Steam ID is the SteamIO tool.

This method can be used any time you have access to the server console.

This method can only be used when the server is offline.

If you plan on trying to turn your dedicated server into a public masterpiece there are a couple routes you can take to promote your server.

First of all, before you put it out for the world to see, come up with a catchy server name and description for players to see on the server list. You can even change the loading picture to make your server stand out from the rest.

Second, take advantage of all the online resources at your disposal. Forums like the official PlayRust and Rust Server Directory subreddits are great places to start.

You can also post on Rust’s official discord server and try to garner a following there. If officiality isn’t your thing, there are hundreds of player-ran servers out there to advertise on.

Each type of hosting has its own tradeoffs. Use these pros and cons to choose whichever fits your Rust server needs best.

Dedicated hosting, for the most part, is best for when you want to host a small server with a couple of friends.

Trying to grow past that small player count is difficult with the limited resources that your PC and internet can provide.

While you have to pay a monthly fee to use the service, purchasing a host allows you to run much bigger and faster servers than you ever can on a dedicated connection.

Here are some of the most common questions I get about Rust dedicated server hosting:

Can you play rust on a private server?

Yes, if you create your own server, you can play Rust privately with your friends (or yourself).

How much is a server on Rust?

If you setup your own Rust server, it’s free (aside from your electric/WiFi bill). Otherwise, most Rust server hosting companies like Host Havoc charge between $30 and $130 for a good Rust server.

What is the best Rust server provider?

Host Havoc and PingPerfect are two great options. If you want a cheap Rust server, go with Gameserverkings.

What is my Rust server IP?

As long as you’ve port forwarded, search “what is my IP” in Google and you’ll have your answer. If you’re using a hosting company for your Rust server, you’ll find your IP in the dashboard (control panel).

Hosting a Rust server is a great way to unwind with friends and escape the trolls that pollute official Rust servers.

Hopefully this guide helped you learn how to make a Rust server. If you have any questions, please feel free to contact me for help.