How Long Does a Gaming PC Last?

There is no definitive answer to this question. For example, some people will need to upgrade their PC every year or even more often, while others can go five years without needing to upgrade.

You’ve probably heard people talk about gaming PCs losing value over time, but never seen any hard data to back it up.

I decided to find out the hard numbers for myself.

Here are the results: 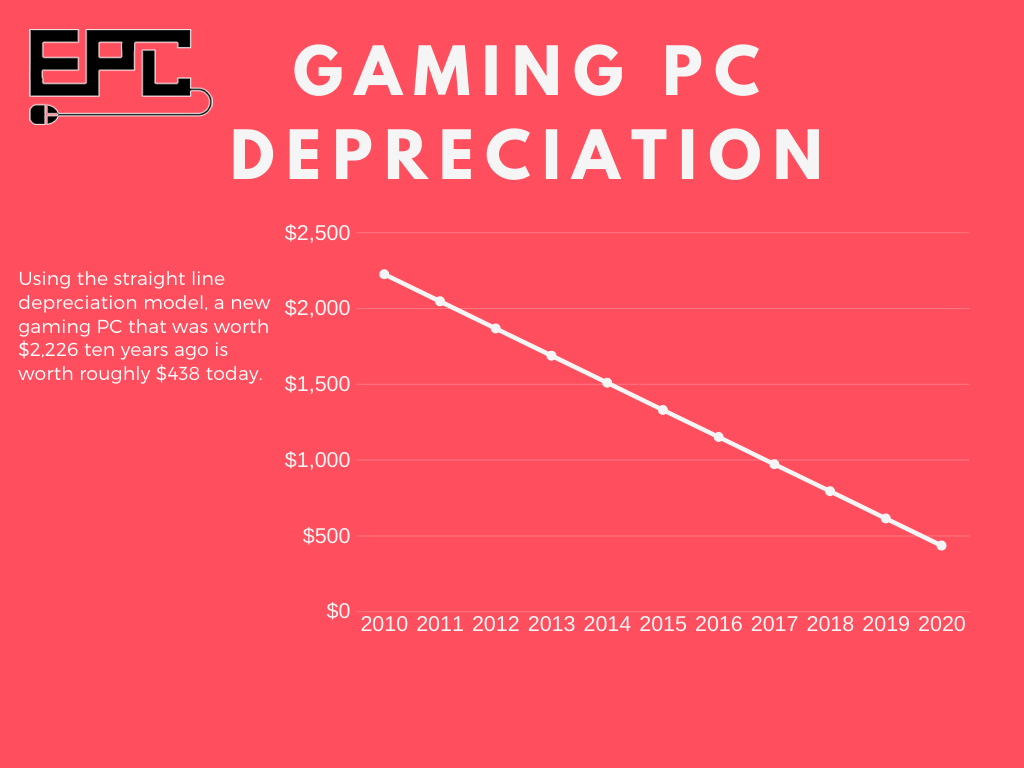 However, not every component depreciated at the same rate. The rate of depreciation differed because some parts, like cases, are going to hold their value better than others.

CPUs, on the other hand, are constantly being released, and a ten-year-old CPU is going to be several times slower than the latest CPU, according to Moore’s Law.

In addition to calculating the overall depreciation of the PC over the span of 10 years, I also wanted to know how much each component depreciated over ten years. 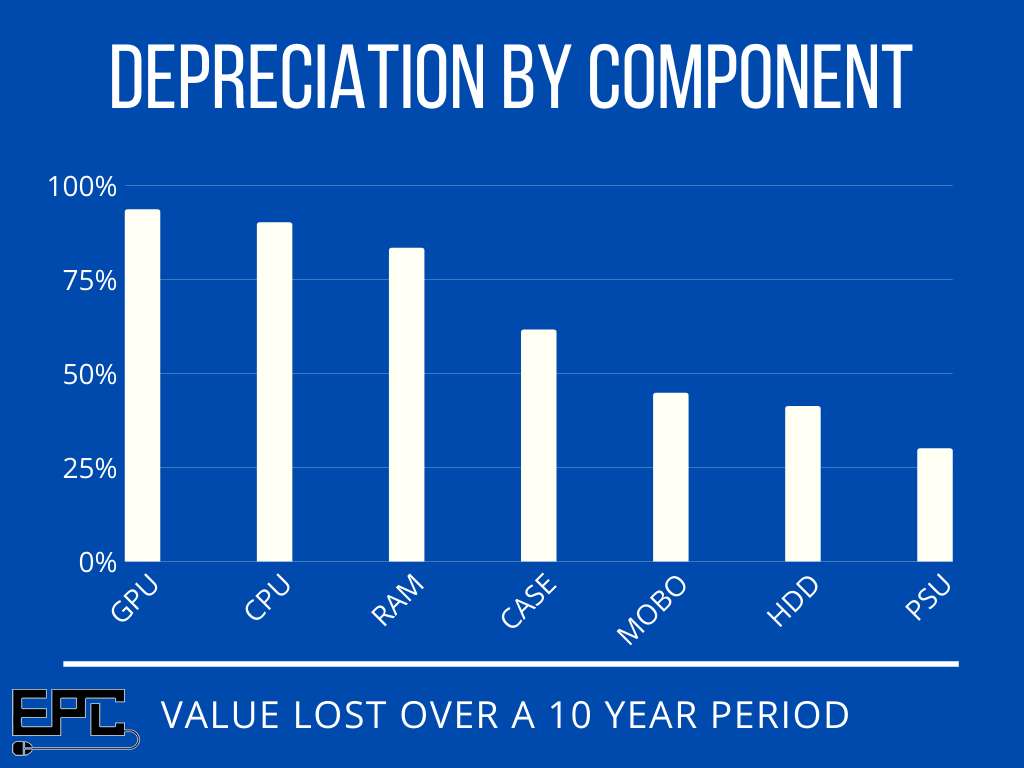 As you can see, the GPU, CPU and RAM lost most of their value when compared to the other components. This is to be expected, as they’re being updated most often and have the largest impact on gaming performance.

The data suggest that when it comes time to upgrade, you’ll probably need to upgrade your GPU and CPU first, followed by your RAM. Surprisingly, the case seemed to lose more value than even the motherboard or hard drive. And lastly, your PSU will hold its value the best, at least in our experiment.

My findings make sense anecdotally as well - when I upgraded my PC, the first component I swapped was my graphics card, followed by the CPU and lastly the RAM.

I’m still using the same case, motherboard, hard drive and PSU that were originally installed in the build.

This is one of the most frightening things for someone trying to get into PC gaming and it’s a common question I see in the r/buildapc subreddit all of the time, followed by their parts configuration.

If you think the same gaming PC you build today is going to have the exact same performance in five years, you’ll be very disappointed at the end of the fifth year.

Graphics are constantly advancing and games are becoming more challenging to run as the power of computers is skyrocketing (Moore’s Law).

But that doesn’t mean your PC is doomed to fail, nor should you spend extra money to make your gaming PC last longer. I wouldn’t go about it in that direction. 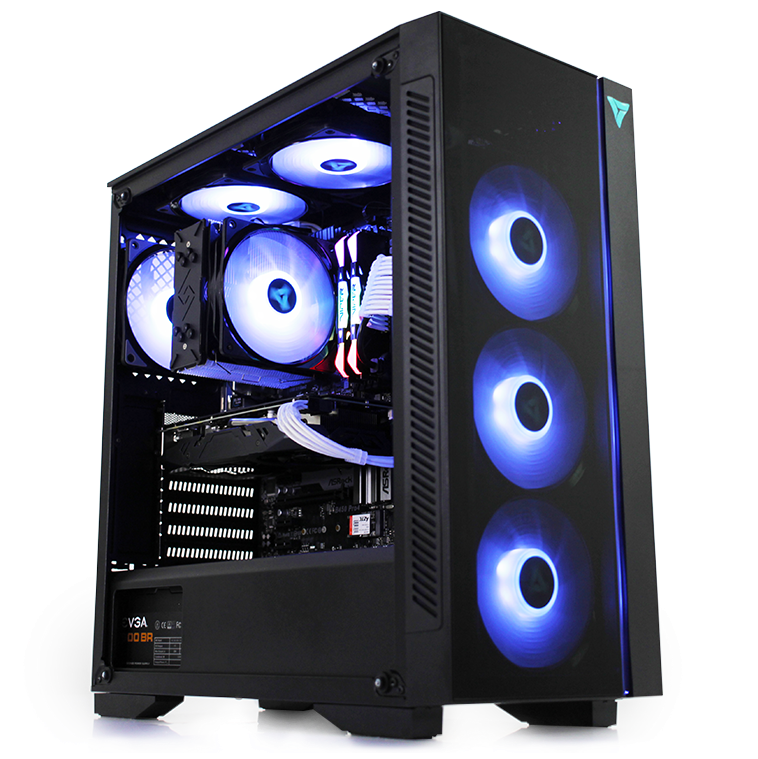 That mindset would be okay for 2-3 years, but it all comes down to your expectations, which is something you need to figure out yourself.

For example, let’s say Jim gets the new PC with an R5 and a GTX 1070. Jim wants to play all of the newest titles in 1080p with great settings and framerates, but he’s alright with turning his settings down a bit and not having locked 60FPS in more demanding games.

On the other hand, Bill is building the same PC but has much higher expectations. He wants to run all games at 60 FPS, 1080p, with maxed-out settings.

In this scenario, Jim’s PC will have a much longer ‘shelf life’ than Bill’s. But if you share the same mindset as Bill, should you buy a beefy RTX 2080 Ti instead of a GTX 1070 to prolong the life of your PC?

One of the best parts about building a gaming PC as opposed to buying a console is the freedom to upgrade whenever you want.

Buy the parts that you need right now to achieve what you want, i.e. a Ryzen 5 and a 1070. In 2 years time, or whenever you feel is necessary, you can swap out your graphics card for the next best thing. 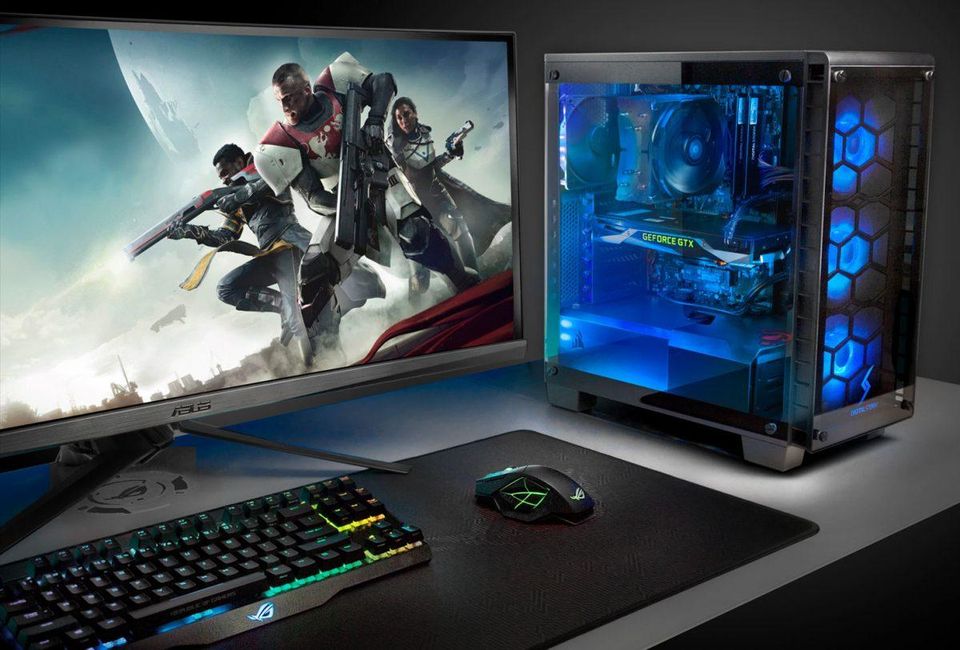 Selling the GPU you have and using the money to fund the purchase of your new card will help to offset the cost of the new GPU as well, which is also pretty awesome.

Upgrading your PC when the time is right is the best way to get the most bang for your buck, instead of going all out initially, expecting your PC to last forever.

But remember, you have to find a balance. Don’t buy a cheap graphics card that will need to be upgraded in just 6 months. At that point you’re just wasting money.

Finding a balance goes for more than just the GPU as well. If at some point you want to swap the Ryzen 5 for a Ryzen 7, that option is open to you as well. You can add more RAM as well.

Putting a time stamp on someone’s PC isn’t possible, because we all have different expectations from our gaming PCs.

You might fall into the Jim camp where you’re cool with turning down some settings and not getting a completely locked 60 FPS, in which case you’ll get a longer lifespan out of your PC.

But if you’re like Bill and you want to max all latest games at 1440p or even more performance than that, obviously you’ll have to upgrade more often than someone with the former mindset.

It all comes down to assessing your own expectations. Yes, you’re going to have to upgrade. That’s just a fact of life when you’re gaming on a PC.

However, that’s not completely a bad thing. Getting more graphical fidelity out of your games is one of the best parts of PC gaming. Unlike consoles where performance is locked to the entire generation, PCs can be changed at will, whenever you want.

How Long do Prebuilt PCs Last? 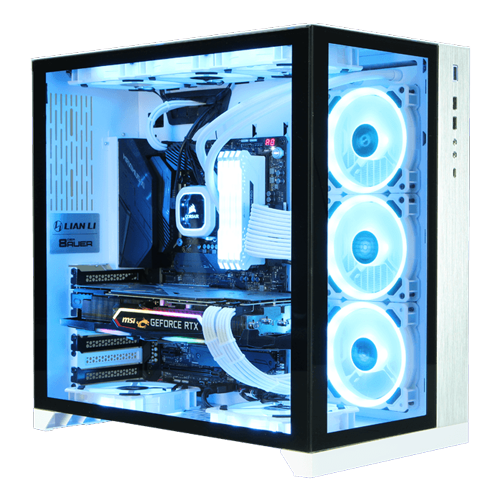 A prebuilt PC itself isn’t going to have a longer or shorter lifespan than a custom-built PC based on the fact that it’s prebuilt.

Prebuilt PCs aren’t inherently better or worse than custom-built PCs - the only difference is they’re built by someone else.

The problem, however, is that prebuilt PCs tend to be more expensive, because you’re paying for their labor, and the prebuilt PC company needs to make a profit as well.

That being said, you’d be hard-pressed to find a prebuilt PC for the same price as a custom-built PC with better performance.

This performance discrepancy means a $500 prebuilt PC will probably need upgrading sooner than a $500 custom-built PC because the prebuilt probably have slower parts, to begin with.

How Long Will a High-End Computer Last? 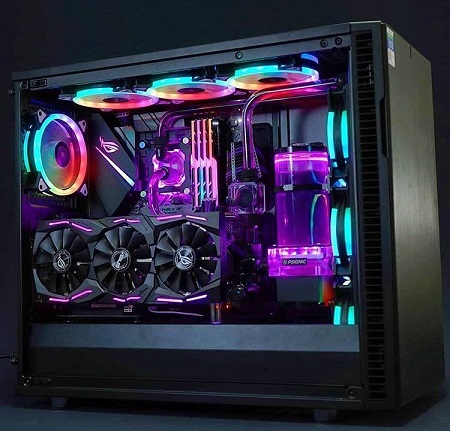 A high-end PC will last a long time if you’re willing to turn your settings down a bit. Sure, a top-of-the-line PC will be able to smash 1440p gaming with ease when it’s first constructed.

But after a year or two goes by, you’ll have to upgrade if you want to maintain the same performance.

On the other hand, if you’re alright with turning the settings down a bit, you won’t need to upgrade at all.

His PC was an absolute monster that cost nearly $2,000 when all was said and done. He hasn’t upgraded a thing aside from adding another SSD, and the PC is still trucking along.

However, he’s not maxing the latest titles at 1440p ultra settings, nor does he play insanely demanding games.

Still, he manages to play some of the latest AAA titles in 1080p with respectable graphics and framerates.

But if he wanted to play the latest games with the best performance, he’d have to upgrade. Again, it all comes down to your expectations.

How Often Do You Update a Gaming PC?

It depends on what you’re looking to accomplish. Generally speaking, most people will upgrade a component every 2-3 years. But that doesn’t mean you need to constantly spend hundreds of dollars.

Most people upgrade their storage, or buy a new GPU and keep everything else as-is. You can sell your GPU, and use the money to upgrade to the latest version, so in the grand scheme of things you don’t have to spend that much out of pocket, after the initial purchase.

If you want to play the newest games at the best possible settings all of the time, you’ll need to upgrade yearly to keep up. If you’re cool with turning things down just a bit and don’t have outlandish expectations, your PC will last you 3-5 years, depending on how much you invest upfront.

How Much Should You Spend on a Gaming PC?

The answer to this question is, well, it depends.

It depends on how much you have to spend, and what kind of performance you’re looking to achieve. For a full explanation, check out our full guide by clicking here.

Are Gaming PCs Worth It?

Again, it all comes down to what you want to accomplish. The real question here should be “is spending x amount of money on a gaming PC worth it?”

The amount of money you spend on a gaming PC (assuming you spend it properly on the right components” is going to have a direct impact on performance.

Not only that, but gaming PCs can also be used as regular computers for other tasks like editing, rendering, work, school, etc.

Yes, gaming PCs are worth it - but it comes down to how much you want to spend on a gaming PC, and your expectations for performance and longevity.