On a GPU spec sheet, I’m sure you’ve seen it, there’s a ton of numbers, right?

But how important is your memory clock, really? And what about your GPU’s core clock speed?

The memory clock of your GPU is actually almost as important as your core clock, if not more important.

In the following article we will cover exactly how important GPU memory clock speed is for gaming, so you can make a more informed decision.

The memory, or VRAM on your GPU is used to temporarily store assets like textures that are being used in whatever game you may be playing. 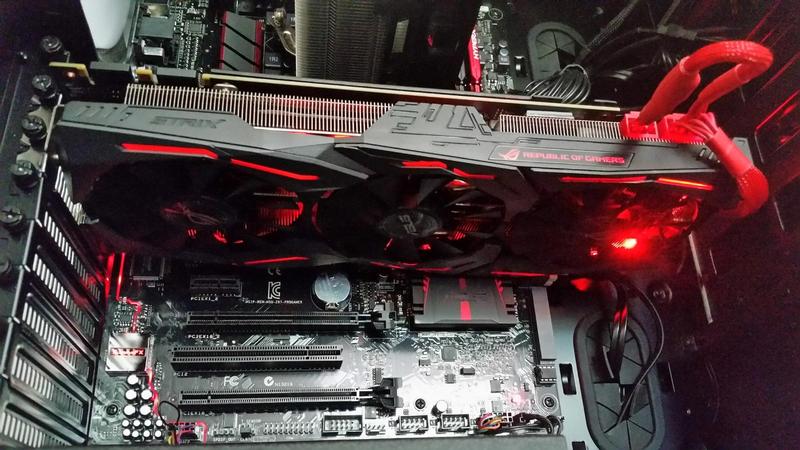 This means that having faster VRAM allows your graphics card to process these assets quicker, and having more VRAM allows for more assets to be stored.

So, having a higher VRAM clock speed can help your games render much faster.

Overclocking can also be a huge factor in your graphics card performance and just like the core clock, you can overclock your GPU memory.

We always suggest overclocking to get the best possible performance out of your components.

What’s The Difference Between Memory Clock and Core Clock on a GPU?

Well, I actually don’t know what to tell you here.

Just kidding, of course I do.

To sum it up briefly, there is no real clear one-size-fits-all answer I can give you as to whether or not GPU memory clock speed does anything to your FPS in games.

When choosing a GPU you would, of course, want to compare the raw performance of each individual graphics card and graphics card model.

One thing that varies between third-party models, is the memory clock. The core clock can vary as well, but we’ll cover that elsewhere.

Most people tend to look at just the core clock for a scope on what kind of FPS they should be expecting in games, but does the memory clock affect that at all? 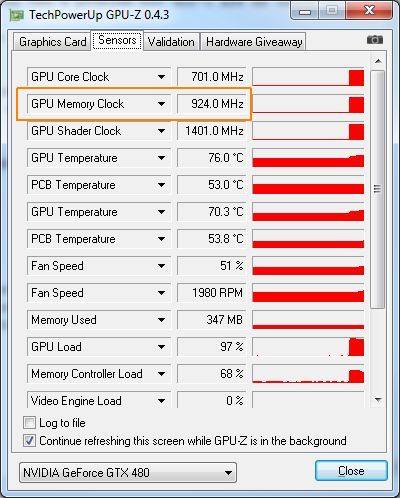 Relatively speaking, if you were to overclock your GPU memory clock it should give a very slight performance increase in most cases, it varies from game to game.

Some games just happen to benefit a lot more for VRAM frequency than others, and those others just don’t seem to value it as much.

So, GPU Memory clock can affect FPS, be it by 1% or by 10%, it just depends on what game you’re playing.

What is very important for FPS, is the actual graphics processor’s core clock speed.

This will be the most invaluable number you find on your graphics card, because bigger means better.

Generally the faster your core clock, the higher FPS games will run at, but this only applies when comparing the same type of graphics card to a different model of itself (eg. 2080 FE vs. 2080 ROG Strix) since different cards have varying number components and build structure.

The GPU core clock speed measures how fast your graphics processor can, well, process graphics. So overclocking your GPU core clock will always directly affect the FPS you get in games. 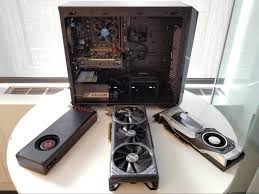 Memory clock ratio, however, as we explained earlier is a measure of how quickly your graphics card’s onboard memory can store and redeploy assets such as textures into the game world.

Increasing this clock will improve the VRAM’s efficiency in processing game assets stored within, thus running your game smoother without really improving FPS too much in most instances.

Boost clock may not seem that important, but for someone planning on keeping their graphics card at base settings it can be a key factor in choosing your next card.

What is boost clock anyway?

Well boost clock is kind of like a turbo speed set by the manufacturer for when your graphics card is undertaking a heavy workload.

Meaning, when your GPU is working hard it may boost itself up an extra 100MHz or 200MHz to provide a bit of a performance increase for the heavy load.

When not overclocking, your boost clock will be extremely important for your graphics card since it will be the highest possible clock your card can reach. The higher this clock is, of course, the better performance (higher FPS) you can expect to observe. 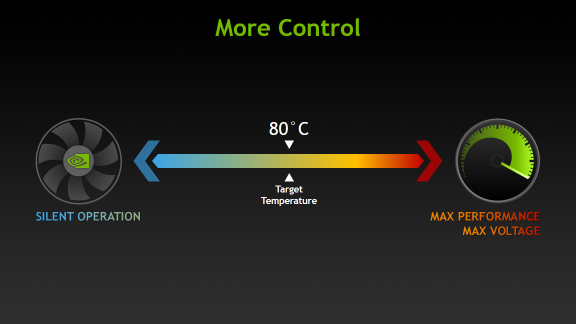 If you are planning on overclocking, though, you can completely ignore your graphics card’s boost clock. Overclocking changes the base core clock of the GPU, effectively making your boost clock useless as your base clock may overtake it.

Your boost clock does not scale with your overclock.

If you already have a graphics card, finding and testing your GPU’s performance may be a worthwhile endeavour when looking to upgrade. Tools like UserBenchmark and 3DMark can test your graphics card’s performance, score it, and compare it to other similar or higher end GPUs.

UserBenchmark will test all of the components in your computer and score them in a percentile range as it directly compares your unit to other tested units of the same model. It scores it based on the performance when compared to the lowest test received to the highest test received.

This is a great way to get a scope of what you have compared to what you could have.

3DMark, on the other hand, is a lot more intense of a benchmark. 3DMark throws the hardest possible load at your card and just hopes it’ll run. Most modern cards can at least make to the end of the test, regardless of how low the score is.

Unlike UserBenchmark, 3DMark doesn’t immediately compare your score to that of other benched cards, you have to do that yourself. 3DMark does give the user a better idea of gaming performance, though.

3DMark also offers paid services that allow you to use more benchmarks to get a more grounded idea of what your graphics card is capable of. It is also available on Windows, Android, and iOS.

You may also want to try using a GPU monitoring tool such as GPU-Z to properly monitor your temperatures and clock speeds.

And for Overclockers, MSI Afterburner is the one stop shop for all your overclocking needs (GPU-wise). It’s fairly simple to use and your settings are customizable to most any configuration you may need.